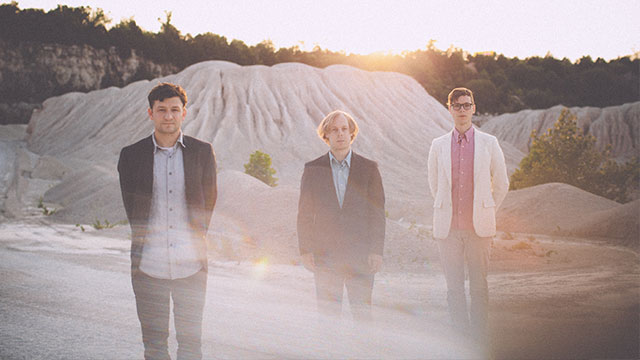 Next week sees the release of Someone Still Loves You Boris Yeltsin’s fourth album, Fly By Wire. They’ve all been really good, really scrappy and fun indie rock gems, easy to take for granted but if you like catchy tunes you shouldn't miss. You know who doesn't take the band for granted? Boris Yeltsin’s family, that’s who! They invited the band to Russia to hang out, visit schools, and be the first ever American band play the Old Nu Rock festival. There’s a documentary film called Discussions with Russians that tells all about it. The experience changes the band’s outlook so much that this new record is all Russian folk songs sung in Russian. Just kidding -- it’s another excellent indie rock record. That’s cool, too! We’re into it enough to want the group’s drummer Philip Dickey to fill us in on his favorite stuff. Here’s a song to listen to as you read:

COMICS
My Dirty Dumb Eyes by Lisa Hannawalt
You'll probably have to hide this book if someone judgmental comes over to your house. It's really good and kind of messed up in a good way.

Crying in Front Of Your Dog and Other Stories by Phil McAndrew
I met Phil and his brother at one of our shows a couple years ago, and I've been following him ever since. This book totally doesn't suck.

Short Story Collections
First Love and Other Stories by Harold Brodkey
It's about having a crush on someone and living in Missouri. Found Brodkey through a Jeffrey Eugenides short story collection. We went to one of his book readings on our last tour. There were a about a dozen people there, just like our show.

Poetry
The Best of It by Kay Ryan
She was the United States Poet Laureate a few years ago. Sometimes I just use her poems to get melody ideas for songs. Then I have to go back and change them later so she doesn't sue us. But I guess I wouldn't mind going to court with her if that ever happens.

Music
Seeing a live show by Harry and the Potters.
I think Grimes tweeted about them the other day. They're the best live band in the world (or tied with Free Energy, Jonathan Richman, and the ACB's). They're brothers who pretend to be Harry Potter. We went on a library tour with them a few years ago. We'll probably never play Lollapalooza, Bonnaroo, or the Pitchfork Festival, but we totally sold out the Spartanburg Public Library with Harry and the Potters.


Blogs
Fawn Log
My friend/sister-in-law has a blog called Fawn Log. It reminds me of the old internet (when the internet didn't make me severely depressed).