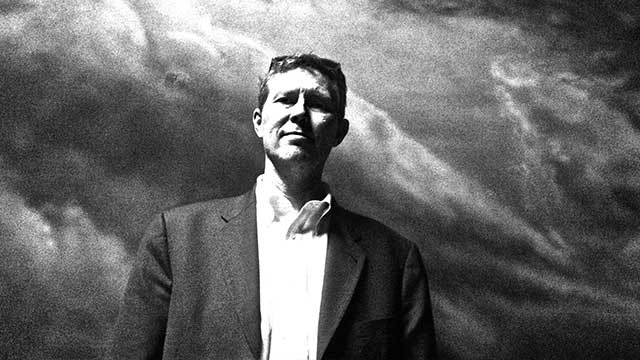 For the past twenty years or so, Robbie Fulks has been making the kind of records that appeal to people who like their music smart, real and haunted by the ghosts of the country and folk artists, both legendary and forgotten, who came before him. His latest album, Gone Away Backward, marks his return to Bloodshot Records and is a bare bones acoustic album that has all the hard-won wisdom and truth you’d expect. He sent along a list of some of the music and words that served as inspiration as he made the album. First, let’s check out a song from the record:


Al Murphy - "Through the Fields" (from Through the Fields: Fiddle Tunes from the Midwest)
On Gone Away Backward (hereafter, G.A.B.) I play a fiddle tune that is decidedly obscure, and would be beyond obscure, if not for Al Murphy, my fiddling friend and musical mentor from Iowa. Besides being a great player, Al's a folklorist, and on one of his tune-collecting trips through the Midwest states he bumped into "Pacific Slope." His record of Midwest-originated tunes, Through The Fields, has a warped feel to it, because these strains and patchwork compositions from Iowa and Missouri and Nebraska sound somehow different from the fiddle tunes we're used to from Texas and the Appalachians. It's like every fourth note or chord doesn't go where you're expecting. Really cool. An index of "Pacific Slope's" coolness is that Robbie Gjersoe, who played rhythm under my heads, had a little difficulty memorizing the changes; even though they're simple, and he's great, they're slightly counter-intuitive. You can hear him blur them a little in places where he's thinking, "This just can't be right."

Goodbye, Babylon
The Christian folk music from the early electrical recording era is some of the most gripping music I've heard. For my money, it's rawer than punk, wilder than rock, and more deeply felt than any ten taste-my-tears songwriter jack-offs, if you'll pardon my unseemly invective. Uncle Dave Macon songs such as "The Bible's True," which is included in GB's generous five-disc package (along with a wooden box, classy booklet and hunks of fresh-picked cotton), is typical of his great, rangy melodies and rocking big-natured style. I turn to Dave often for ideas on paths away from those that seem to come naturally, too naturally, with I-IV-V country changes. The awesome way the Dobro sounded on Wilma Lee and Stoney Cooper's records is nodded to on "When You Get To The Bottom."

Flannery O'Connor - The Complete Stories
Despite her short life span, Miss O'Connor left a plentiful corpus that anyone interested in story-writing needs to read cover to cover, probably more than once. No news there. I've been working on and off for some years on a song-and-tune cycle connected with these stories and characters and moods, which has been like mind poison; and for that reason some Flannery bled unbidden into G.A.B.. Forgive me for not sharing (actually, for reviling) her Catholic convictions, but false prophets and petty sadists make for better characters than their opposite numbers. At least we can all agree that Flannery's harsh theology is much preferable to Rick Warren's.

Will Keys - A Banjo Original
The five-string banjo seems to suffer from a binary stereotype: Scruggs or claw hammer. This simplification leaves out a lot of wildly interesting players, prominent among them, Mr. Keys, who died in 2005. Will played without picks and using only the thumb and forefinger of his right hand on the strings. This his sound bears traces of both Earl Scruggs (grace notes, rolling, one note at a time) and claw hammer (the groovy sound of the flesh instead of metal), but was withal gentler than either. "Snake Chapman's Tune" (I covered it on G.A.B., with Jenny Scheinman doing the fiddling) may have never been played by the East Kentucky fiddler Snake Chapman, but plenty of other old-time fiddlers have done it, and Will's even-tempered banjo treatment inspired me to trance out with it.

Wells Tower - Everything Ravaged, Everything Burned
I heard about this collection a couple years ago and couldn't resist buying it, because I remembered Wells hanging out around my high school some when he was a tyke -- he was the son of our Latin teacher, Betsy. This is close to the opposite of when your friend makes a record or writes a book and you're put in the position of saying something nice about it even though it made your flesh crawl. Here, somebody I hardly knew at all wrote a book, and I loved it! How often does that happen? Wells pulls off something in his writing that is to me very unusual -- his characters are by and large befuddled moderns, working dull jobs and making the most of limited mental tools like those all around us, but the scenarios he makes for them, and the way things develop in his stories, are somehow clear-cut and taut and, hmm, story-like. After hundreds of years of story crafting, I would imagine (not having done it) that writing something that reads like a story (purposive) but feels like the world and people we know (purposeless) is still one of the toughest things to achieve. I allowed Wells' characters to guide me some in the songwriting I did after reading his book; I also ripped off a neat phrase he uses for the sex act on G.A.B..