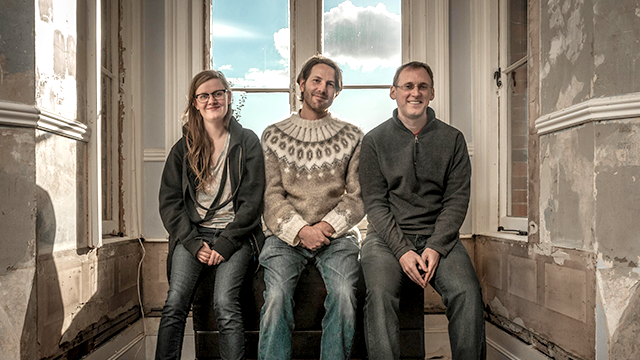 Adam Pierce has been operating under the name Mice Parade since the late '90s, blending live instrumentation, layers of overdubs, and intricate percussion into a distinctive, playful post-rock indie pop sound. His latest album Candela may be his most accessible to date, featuring some of Pierce's poppiest and immediate sounding songs and some typically intricate and sophisticated playing and production, We asked Adam to clue us in to some of the music that inspired this time around....

First, here's "Currents," one of the album's highlights.
[youtube]https://www.youtube.com/watch?v=b6AwxEjGqLo[/youtube]

Lilys - Precollection
Not my favorite all time Lilys album, but still a great one and one whose lyrics get quoted in "This River Has A Tide." I guess if you directly quote a song then it must have been an influence. I wish their album Eccsame the Photon Band were still in print, that's one of the best albums of all time but I am unable to find it these days and I've lost mine.
[youtube]https://www.youtube.com/watch?v=8mBacWaX55o[/youtube]

hIm - Many In High Places Are Not Well
Not the metal band from Finland, but the Afro-jazz outfit from Chicago - I played drums with that group for a while, and there was a tune we referred to as "Mapfumo," because it was in the style of Thomas Mapfumo's music. It's the first tune on this album, officially titled "Elementals," and it uses the same sort of 3-over-4 interplay between bass and drums as do the verses of "Currents" on my new album.

Paco De Lucia - Almoraima
There is nothing directly flamenco in any of the music on Candela, but somehow the mood of the music still applies. Some of the songs on Candela are to a specific person, and this album of Paco's sounds like it is as well, for the most part. A truly great intersection of delicate, introspective playing and sheer skill.
[youtube]https://www.youtube.com/watch?v=pmps3Cc-5_0[/youtube]

Laraaji -Day Of Radiance
This is the ultimate "diddla" record. "Diddla" is what we in the live band call those parts of songs that are based on rapidly plucked guitars in various rhythms. On the new album, "Look See Dream Me" is an example of "diddla."
[youtube]https://www.youtube.com/watch?v=fWjkEzydxp4[/youtube]

Eddie Palmieri - Live At Sing Sing
The trumpet player on "Las Gentes Interesantes," Larry Moses, actually played with Eddie and Charlie Palmieri back in the early 80s. Ah, what i would give to be in that band...