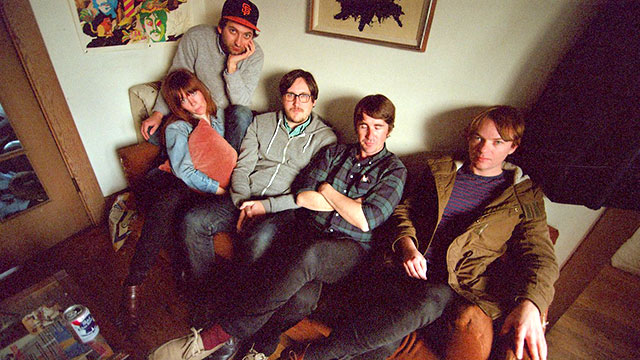 Legs are based in Oakland, but thanks to their love for the reverb-heavy, melodically rich Flying Nun sound, the group's debut album Pass the Ringo is such a brilliant update of New Zealand pop, you'd swear that's where they resided. Nope, though group member Matt Bullimore was born there. The band also throws in some noise pop and a little shoegaze, and writes wonderfully hooky songs, sometimes sounding like the Chills if they had recorded for Creation, sometimes almost exactly like the Chills. It's a great debut that even the poor soulswho don't know Flying Nun from the Singing Nun will still be into. All you need is a love of great indie pop and you'll be hooked. Their album is the Poplist's "favorite album of the month" and we were lucky enough to get a list a few of the band's favorite things.

Upside Down: The Creation Records Story
The story of a red headed, Scottish madman and his incredible record company. It's ridiculous how many of our favorite bands were on this label.
https://www.youtube.com/watch?v=plV4zIN2Ans

The Soft Boys - "Queen of Eyes"
Four weirdos from Cambridge, England write the best Byrds song ever. It doesn't even matter that the lyrics make no sense. Perfect Pop.
https://www.youtube.com/watch?v=5-7Y2JCAruE

The Clean - "She Goes"
The Clean are one of our favorite bands. This is a really good song that somehow never got recorded or released. Watch this video to see how people dance in New Zealand.
https://www.youtube.com/watch?v=hN22YbLHSfI

The Mantles - "Don't Lie"
The Mantles are our neighbors and probably one of the best bands I've ever seen. All of their songs are relaxed, assured, and perfect, but "Don't Lie" is probably my favorite because that phrase sounds so threatening against such a jaunty tune. We're playing our record release with them and that will most likely be the highlight of this year.
https://www.youtube.com/watch?v=zlq0NH6_Xac