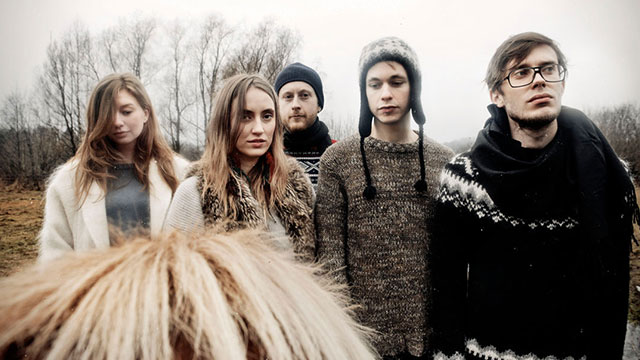 ​The Norwegian indie rockers Highasakite have an asset in vocalist Ingrid Håvik - she gives their already interesting sound a kick into the stratosphere on the group's US debut EP, In and Out of Weeks. Made up of the first six tracks from the 2012 album All That Floats Will Rain, the tracks have a high drama quotient that will draw listeners in right away and leave them eagerly anticipating a full length album. Hurry up with that, guys! Here's the band's Øystein Skar and Kristoffer Lo telling us about what makes them happy lately...

First, a track from the album:


Øystein
Ford Mustang fastback 1968 & Pool
This particular model of the Mustang is a real beauty, and if Highasakite one day should become world-superstars we all must buy one of these! The day I`ll buy one, I´ll get a red one since the car looks best in that color. Pool playing is another thing I like to do when I'm not playing music and my ultimate dream is to drive to tournaments in a red Ford Mustang fastback 1968.

Kristoffer
Charles Bukowski - Stories of Ordinary Madness
Stories from a dark and misanthropic life. Inspiring and obsessive for both lyrics and song writing.

Sleep - Dopesmoker
An instant classic and an epic piece of music. The album that never was to be released is finally out there with a great master by Brad Boatright. Sleep got a huge bag of money from their major record label, spent it all on drugs, alcohol and custom amps, and recorded this album. One song and an angry record label later, it's a sludge/doom metal cult album.

Kate Bush - "The Dreaming"
Guitar hero Stian Westerhus showed me this video while we were recording an album with Pelbo. It's just so well thought out and thorough, and done in (what looks like) just one take. And Kate Bush's dancing and eyes....mind blowing. It's also worth mentioning her video with Peter Gabriel, the epic "Don't Give Up."