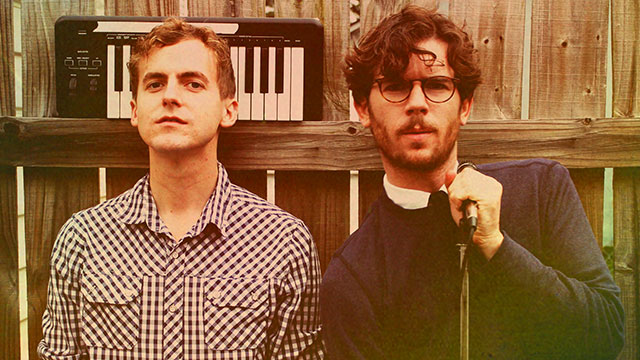 This week we shine the Poplist spotlight on the New Orleans duo Generationals. Ted Joyner and Grant Widmer craft warm, engaging music that is slightly experimental at times, but always comes back to a melodic hook that just sounds right. Sometimes rocking a little, sometimes a little funky, their third album Heza is out now on Polyvinyl and it's a laid back treat.

First, here's a track from the album:
Generationals - Spinoza

Grant's picks:
Guitar Geek
These people obsessively document the guitar rigs of famous guitar players at different points in their career. If you're into guitars and guitar sounds, it's really fun to poke around here.

Jeff Who Lives at Home
Written and directed by Mark and Jay Duplass, who we are big fans of. I think this movie is hitting on something that really resonates with me, which is the staleness of irony. The main character, Jeff, played by Jason Segel, is truly earnest in every sense. He is the anti-Rapping Granny. His actions and his tastes are very genuine, he is not winking at the audience when we find out that he is obsessed with the M. Night Shyamalan movie Signs. I think everyone is slowly starting to realize how weary we are of irony and sarcasm, and this movie, I feel, is at the forefront of pushing back at this kind of irony that we get so much of in pop culture now.

Rap Genius
Three Yale guys set up this site. It's a wiki that's designed to explain the lyrics in hip-hop songs. Once I read through a few songs that I thought I knew really well, I realized how much was going over my head, it blew my mind.

Ted's picks:
Burning Love (show on E!)
A great send-up of shows like The Bachelor. I've only seen like two episodes so far but it has a bunch of my favorite people in it, like Michael Ian Black, Ken Marino, and Kristen Bell.

POOLJUMPERS trailer by the Birthday Boys
I think I'm pretty late to the party on this, but a friend showed it to me the other day and it made me laugh so damn hard.


Julieanne Smolinki aka @Boobsradley
Her tweets are often hilarious: "'Their, their.' - how to comfort an idiot."