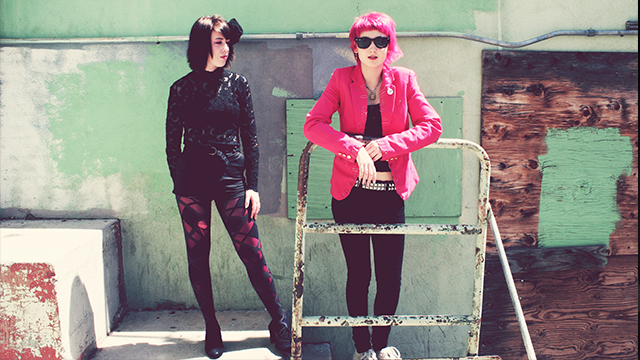 What were you doing when you were 17? Were you singing and playing guitar in a really good punk pop band? Maybe… How about when you were 14? Were you drumming in a band that could show people five times your age how to be punk? Doubt it! Dog Party is the band in question. Gwendolyn is the guitarist, Lucy is the drummer, and their third album, Lost Control, is here this week. Yeah, I said third album. They started the band when they were 9 and 6, and I know you weren’t in a band at that age! This record is a huge leap forward in many ways, and if you're in the mood for a loud, fast and fun album that basically screams summer in your ear at top volume, then Lost Control is it. We asked the sisters to send along a list of some of their favorite stuff, but first let’s check out a song from the record:


Supernatural
The story of two brothers, Sam and Dean, fighting against the paranormal evils of the world. It’s our favorite television series that we were recently introduced to, and its action-packed storyline keeps us on the edge of our seats.


The Adicts
They're one of Lucy’s all-time favorite bands. They're so full of energy! Their songs are amazing, and still to this day, the Adicts put on extraordinary live shows!


Skiing
We ski raced for the Sugar Bowl Ski Team and the Squaw Valley ski team for a total of 10 years. Whether we're tearing up the race course or shredding the “POW POW,” we love skiing. It’s the closest feeling we have to flying, and it’s absolutely amazing.
{image:2}


Art
Drawing, painting, you name it! We love making art! Lucy’s favorite art to make is stencil art, and Gwennie loves to doodle. We love expressing ourselves in every way possible.
{image:3}{image:4}{image:5}