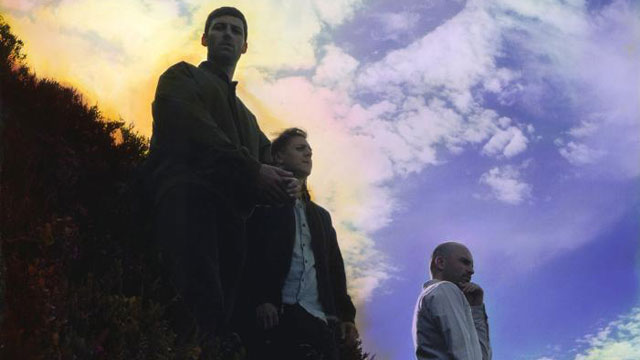 This week the London-based electronic pop trio Darkstar release their second album, News From Nowhere. It's their first for Warp and it signals a change from the dubstep-inspired sound of previous work. This time out there's a bit more pop and traditional song craft in their sound, even a sun-baked Beach Boys homage. We asked the band what they've been doing lately and it appears that they've been glued to various screens....

First, let's check out a very cool live performance of one of the best tracks from the record:


The Khan Academy
This is truly a phenomenon of the internet age, what a wonderful gift to the world from Sal Kahn, who started making tutorial videos for his relatives on subjects like history and science that became a YouTube channel with over half a million subscribers and over 200 million views. A fantastic free tool for anyone to use.


Piña
This is a documentary film by Wim Wenders about the dance school of Piña Bausch. Piña was against the mainstream mentality in dance, where if you were no longer young or the right body shape, you would not continue to have a career as a dancer. As a result of this, she built up an extremely faithful dance school over 40 years who all speak with an adoration for her in the film. She incorporated sound and stage sets into her choreography and made very unique and visually stunning performances. Wenders films these sequences beautifully.


Tokyo Giants
Nicolas Provost is a visual artist and film maker. He is a particularly good video editor and he creates weird works that seem familiar yet disorientating. The things I've most liked of his are Tokyo Giants, Stardust and Papillon d'amour.


Lance Armstrong Interview
I think the interview was a moment that people knew would be extremely significant for various reasons and in a number of contexts. What I found extraordinary though was how he lied his way through a decade to people close to him, journalists and sanctioning bodies for the sport, but remained so adamant in his position.


Africa
Narrated by David Attenborough, this is a stunning bit of cinematography from the BBC. Midnight rhino parties, giraffe neck battles and cliff-leaping wilderbeasts are just a few of the wild antics happening in Africa.

Breaking Bad
I expect the world already knows about this by now but for anyone returning from that exile at the south pole who likes dark gritty tales about school teachers becoming crystal meth magnates then check this out, its brilliant.