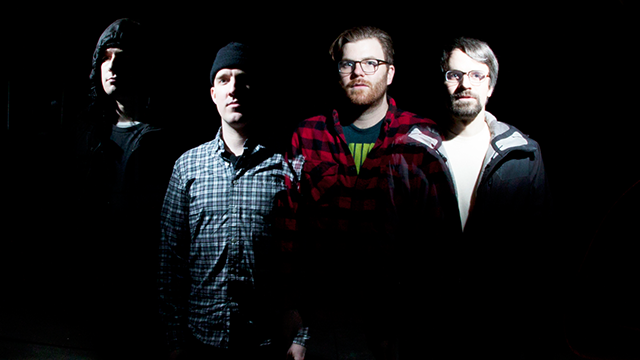 mn0002047349
A couple weeks ago the Wisconsin band All Tiny Creatures released their second album, Dark Clock, on the Hometapes label. The album’s synth-filled textures are light and bouncy, filling the gleefully happy songs with all kinds of hyper oxygenated energy. Some points of reference are Smiley Smile, Animal Collective, Neon Indian and Haircut 100. If that doesn’t get you pop loving followers of the Poplist excited, we give up! The band’s Thomas Wincek and Andrew Fitzpatrick were kind enough to send us a few of their inspirations. First, a video:


Tom:
Robert Ashley
I've been obsessed with the work of Robert Ashley since I heard a part of Now Eleanor's Idea on late night radio five or six years ago. His works are structurally and technically operas, but that term doesn't do a good job of summing up the combination of spoken/sung text, snippets of song-forms, overlapping dialogs, electronic textures (he's 83, and has joked about being the oldest user of Ableton Live), and in this piece -- Dust -- achingly heartbreaking narratives.

Tom Scholz Rockman
Originally conceived by Tom Scholz (of Boston fame) as a guitar amplifier with its portability and size modeled after the Sony Walkman (it even came with its own pair of small headphones), the Rockman quickly became a staple in commercial studios because of how easy it was to dial in professional sounding guitar sounds. For instance: 100% of the guitars on Def Leppard's Hysteria were direct from the Rockman. I bought mine (an original from 1982) over a year ago, and do not record guitar without it in the signal chain.

ADR
There's a lot of people making electronic music that are taking sounds from the past and using them for their own ends, and a lot of it is really good (Rustie, Jam City, Bass Clef, Zomby). When I heard the new ADR album (Chunky Monkey), it was the first time I heard the palate of mid-'90s atmospheric drum and bass being used in a referential way. Being as this was the first type of music I ever attempted making when I was in my early teens, listening to it felt very strange, and yet strangely intimate as well.


Andrew:
Butthole Surfers
I was fortunate to have a good independent record shop within biking distance of my house when I was growing up. They always had an interesting selection, and you could special order pretty much anything. They also had a couple CD players with headphones set up so you could listen to any of the stuff they had for sale. I'll never forget taking Hairway to Steven up to the counter and asking to listen to it (I was 12 or 13 years old), and then putting the headphones on, pressing play, and having no idea what to expect next. It certainly changed my musical perspective. Heavily effected vocals, tribal-sounding drumming, guitar tones constantly taking off into the cosmos, sounds of barnyard animals and bowling pins… discovering Butthole Surfers at that point in my life had a permanent effect on my perception of what's possible within the context of "rock" music.


Serge Modular Music System
About six years ago, my friend Beau Sorenson, who was an engineer at Smart Studios at the time, informed me that they had just set up a Serge Modular Music System in their Studio B, and that I was welcome to use it any time the studio was open. The Serge belonged to Tim Curtis, who was Smart's studio technician at the time, and also a former engineer at the company currently manufacturing the Serge, Sound Transform Systems. I didn't really know what I was doing at first, but I spent a couple hours fiddling with the Serge, making insane sounds and recording the results. I've gotten to spend several other occasions working with Tim's Serge since then, most recently during the drum tracking sessions for Dark Clock. It's an incredibly flexible, inspiring, and seemingly limitless musical instrument.