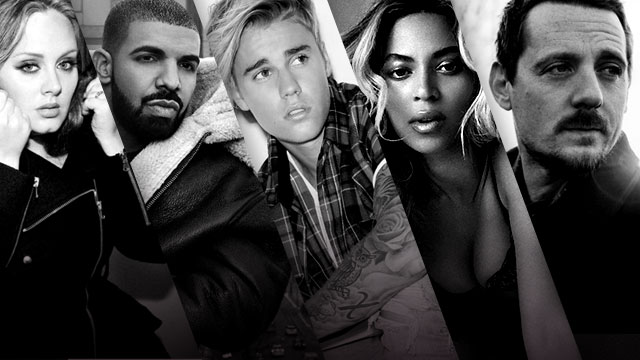 ​With the Grammys coming up on Sunday, take a look back at our editors' reviews for each nominee for Album of the Year. Check out the reviews, and then tune in to see who will join Taylor Swift, Beck and Daft Punk in the pantheon of recent Album of the Year winners. Adele already picked up the award in 2012 for 21, while Beyonce has been nominated in the category twice before. 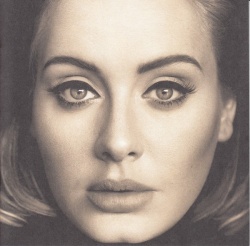 Adele, 25
"Fittingly, 25 also plays better over the long haul, its march of slow songs steadily revealing subtle emotional or musical distinctions. Make no mistake, all 11 songs are of a piece -- they're shaded by melancholy, gaining most of their power through performance -- but that cohesive sound only accentuates how Adele has definitively claimed this arena of dignified heartbreak as her own."

Drake, Views
"Drake has not only arrived, he's taken over. And if he's never going to get the same respect that someone like Chance the Rapper gets, making records as self-pitying and self-serving as Views isn't going to do much to further Drake's career artistically, either. Basically, Drake needs to lighten up and add some new colors to the paintbox, whether it’s songs about something other than his bummer love life (like the good times before the inevitable breakup), or the fabulous things that come from all the money and fame he never lets anyone forget he's accrued. Eventually, people will get tired of the same old song if it's sung too often. On Views, Drake is starting to sound a little weary of it himself." 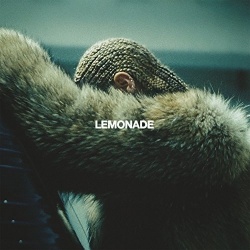 Beyonce, Lemonade
"Mrs. Knowles-Carter indeed turns her own lemons into Lemonade. She uses the platform to demand contrition from her adulterous partner, assert her excellence, reflect upon the bonds with the men in her life, and their relationships with other women, and wonders if her trust can be earned back. The cathartic and wounded moments here resonate in a manner matched by few, if any, of Beyoncé's contemporaries."

"A bumpy, oddly compelling restart, Purpose should hook open-minded pop fans who previously paid him no mind, and it could even win back some of those who wrote Bieber off years ago."

Sturgill Simpson, A Sailor's Guide to Earth
"He's certainly not indifferent to songs -- strong ones punctuate the voyage, ones that veer closer to soul than country -- but he cherishes the voyage, so there are times when A Sailor's Guide to Earth threatens to float away on a slipstream of strings and melodies that are heartfelt and hookless. Even at these moments, his ambition remains ingratiating: he might not quite arrive precisely where he intended, but as he makes it so clear throughout the album, what matters is the journey itself."