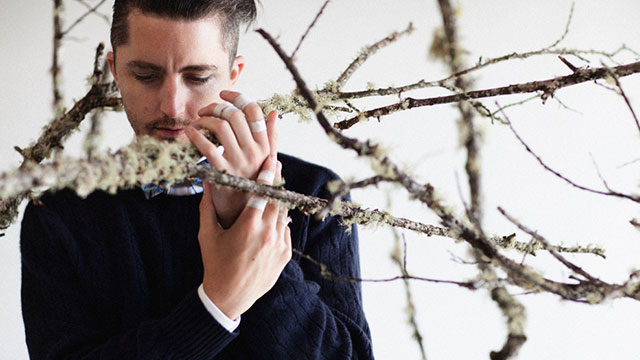 Mat Devine has been making music for over 20 years, primarily as the frontman of the Chicago-based rock band Kill Hannah. His latest project is a solo endeavor dubbed Wrongchilde, which will make its debut on August 19 with the album Gold Blooded. Another alt-rock frontman gone solo, Gerard Way of My Chemical Romance, shows up for "Falling in Love Will Kill You." Devine gave a stripped-down performance of the track at the AllMusic studios, accompanied by keyboardist and vocalist Camille Driscoll, and answered our questions about the new album, his friendship with Way, and getting back to his musical roots.

Gold Blooded can be pre-ordered here.