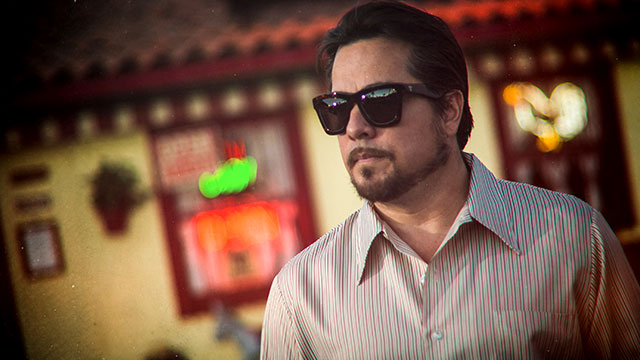 When we spoke with John Garcia about Vista Chino, the band that serves as the spiritual and literal successor to his pioneering desert rock band Kyuss, he was also excited about his then-upcoming solo debut. The self-titled album came out last month, and we managed to corral Garcia into our studios to play a handful of tracks from the new album and give us some insight into how the record came together and what keeps him excited about music this deep into his career. And we couldn't think of a better time to debut these performances than the week of Garcia's 44th birthday. He'll be hitting the road soon to perform songs from his new record and all other phases of his career.

"The Blvd" performance and interview:

The debut of a new acoustic arrangement of "Argleben":

To keep up with John Garcia, check out his Facebook page.

John Garcia of Kyuss on Starting Over With Vista Chino

John Garcia of Kyuss on Starting Over With Vista Chino