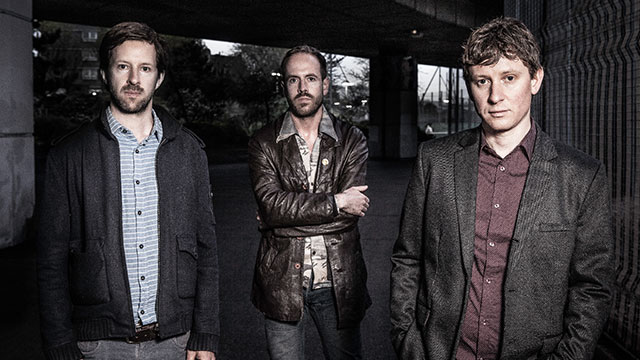 English band Engineers has been honing its dream pop/shoegaze style for over a decade and four albums, including the upcoming Always Returning, which editor Timothy Monger has already given four stars and called the band's "most realized and engaging record yet." We're happy to host the premiere of the album's opening track, "Bless the Painter," which Monger calls "lovely and hypnotic." While streaming the track, scroll down to read the story behind the song, as told by Engineers frontman Mark Peters.

"Last year I went with my partner, Lorna, on a trip to Amsterdam where we visited the Van Gogh and Rijksmuseum. Despite us finding these galleries truly fascinating and extremely enjoyable, we were genuinely shocked by the amount of people elbowing each other out of the way to get an iPhone snap of famous works on display there, such as Van Gogh's "Sunflowers" and Rembrandt's "The Night Watch" before hurrying on to the next "big draw" to get another picture. This lead me to think that as technology and society progresses, less and less people seem to have a concentration span that allows them the time to truly savor art and value the experience of it firsthand.

To me, this is possibly symptomatic of something much more ominous than mere "checklist tourism" or "social media obsession"—this dislocation from the value of art may worryingly portend a future that sees a breakdown in (or eventual loss of) ways in which we are able to subtly and sublimely communicate ideas with each other. Upon returning home, I picked up my guitar and started to strum some peaceful/melancholic chords and the words of "Bless The Painter" came out. I quickly realized that this shouldn't be a blissed-out ballad, but that the off-kilter groove that it now has would be a more effective way to express the song's lyrical theme.

I was overjoyed recently to read that Kate Bush politely asked concert goers to refrain from using mobile phones at her shows in London. I hope that most people will see this as a liberation, not a restriction."

Always Returning is out on September 16 and can be pre-ordered via iTunes.