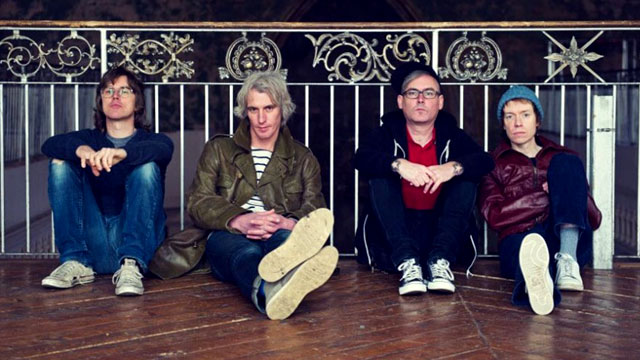 There's a lot of upcoming music to check out this week, including a solo disc from a rock icon, a band's return from a 10-year break from recording, the latest from a signature power-pop act, and a noisy visit to Sweden.

Robert Plant - Lullaby and...the Ceaseless Roar
More than halfway through his 60s, the former Zeppelin frontman continues the hot streak of Raising Sand and Band of Joy with his new studio set.

Sloan - Commonwealth
In their third decade as a band, the Canadian power-pop stalwarts are putting out their eleventh album.

Ryan Adams - Ryan Adams
After the online release of his punk rock EP, the singer-songwriter forges ahead with this self-titled album.

Tricky - Adrian Thaws
With a new album featuring his given name, the former Massive Attack member continues to be more prolific than his old band.

Tennis - Ritual in Repeat
The Denver-based indie pop trio is releasing their third album next week.

Death From Above 1979 - The Physical World
After a ten-year break from making a full-length record, Neal Brennan's favorite noisy band returns with a new album (iTunes required).

In Flames - Siren Charms
The Swedish melodic death metal pioneers mark their 20th year as a recording band with their eleventh album.