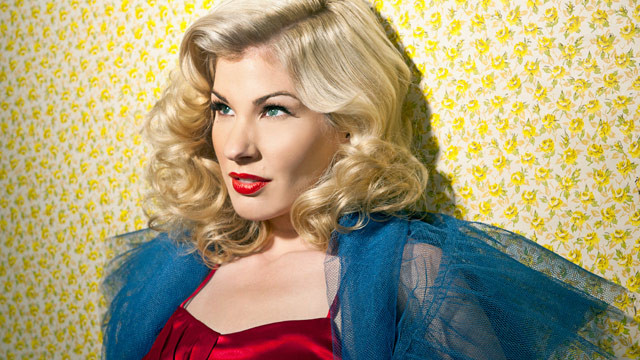 With the August release of her debut album, All For You, just around the corner, Iowa-born singer-songwriter Emily West has to bide her time somehow, so she sent us over a playlist of some of her favorite songs that evoke the summer season in one way or another. We talked to her about a few in particular, including tracks from ABBA, Phil Collins, and her friend Jessie Baylin as well as the true story behind the Flashdance classic "Maniac."

AllMusic: Can you remember where you were when you had the idea for this song?

Emily West: I was sitting at a dining room table in London and I was really into Celtic music at the time. It was actually winter at the time, so maybe we were craving summer. It’s a roll your window down kind of song, there’s some freedom attached to it, and I think freedom kind of represents summer. Everyone can listen to it and I think it releases some endorphins. It’s summer all the time.

ABBA — "Knowing Me, Knowing You"

West: My first ABBA experience was when a publisher referenced it by cranking it up in his Jeep, and I had no idea who they were, I was from Waterloo, Iowa, that’s my home town, and he’d start singing “Waterloo, Waterloo,” and I had no idea what he was talking about. This was in 2000 or something, and I was interested to see what this band was like, and I bought the greatest hits because I wanted to get the history of ABBA, and every song, one song has like 15 melodies, these people knew how to make a pop song happen, and they had so many hits. I feel like one ABBA song is like 15 songs in one song, the verse is a different melody, the prechorus changes, it’s like the perfect pop song. I become 20 years old again when I listen to ABBA. I think I bought it in the summertime, too.

I always try to add a lot of ideas into songs, I think it’s pretty great when you can have different melodies. Obviously there’s structure to their songs and they understood it. If you listen to “Teenage Dream” by Katy Perry, that’s the perfect pop song, as well, they have four different melodies in the verse and it has the same drum loop, and the chorus is completely different, that’s how ABBA constructed pop songs. It’s not just different melodies, they’re beautiful, perfect melodies, and that’s what I love about the song.

West: Don’t even get me started on this, I know the guy who wrote “Maniac,” he’s a good friend of mine, his name is Dennis Matkosky, and he lives in Nashville and we write a lot together. That song was actually originally written for John Wayne Gacy, the serial killer. The first time I met Dennis I said, “You have to tell me the story behind ‘Maniac,’ it’s one of my favorite songs ever."

He told me it was written about a serial killer, and how you can take something and just change it to where it’s not “he’s a manic,” but “she’s a maniac,” and completely make it a different song. When we listen to it we think of a girl sweating, moving her head around, but it’s about a serial killer originally, and they just changed one little thing. I love that song, I always loved it, I used to get in my room and swing my head around and pretend I was Jennifer Beals and that I was the star of the show.

West: This one I like because Phil Collins is a genius songwriter, genius singer, there’s nothing to not love about Phil Collins. I’m a really big fan of doo-wop music and 1950s music, and it has very much that kind of feel to it. It’s just a positive message, it’s a really sweet, simple song. It’s a song to fall in love to, and what’s the use of summer if you’re not going to fall in love? So when I play that track, it makes me want to go find someone to fall in love with and have that be playing in the background as we walk around downtown in a summer dress, like in a video. Part of me just wants to search for a three-month kind of lover and have great moments and then break up with them. Then play the song again after that.

West: She’s a good friend of mine in Nashville, we dig the same people, we love Bette Midler, we love old 1950s music, we like going back to the past, and this record is just a perfect record. A lot of the songs have really beautiful melodies but are about something dark, but they’re still really beautiful, so it’s this juxtaposition of taking a really beautiful melody and talking about a dark thing, and it just makes you feel happy, but she’s saying weird, dark things. It’s really interesting, it’s one of my favorite types of writing, is when you can take something really dark and make it like you’re sounding positive. It’s a great summer record. And winter record.

For more on Emily West, visit her site.