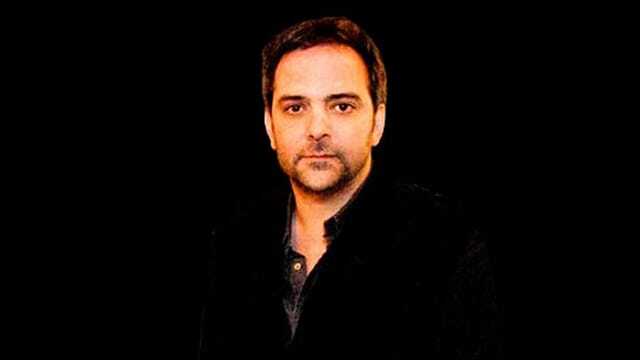 With the ability to seamlessly synthesize everything that made pop music meaningful, silly, poignant, and catchy over the past 50-plus years, Adam Schlesinger became the industry's go-to mastermind for when a track needed additional sheen or a scene needed an additional power pop punch. Winner of a Grammy, three Emmy awards, and nominated for two Tonys, Schlesinger's songs breathed believable life into stage and screen performers in Music and Lyrics, wrote songs for the underrated soundtrack to the Josie and the Pussycats movie, and was celebrated for his faithful recreation of the pop sounds of the sixties in That Thing You Do!.

Even more than his achievements producing and composing for visual media, the passing of Adam Schlesinger at the age of 52 from COVID-19-related complications will be most sorely noted by fans of his earnest and pristine power pop production, songwriting, and performance in Fountains of Wayne, Ivy and Tinted Windows. His unique touch throughout all of his varied projects carried a sense of pop craftsmanship hearkening back past Harry Nilsson and Lennon/McCartney through to the unadulterated Tin Pan Alley ethos of Cole Porter and Irving Berlin – capturing the point of view of the everyman down on his luck but with a sparkle of hope to see the listener through to the next day.

Schlesinger's unexpected death arrived in the throes of the coronavirus pandemic, at a time rife with confusion, helplessness and disbelief. Rumors of his hospitalization first surfaced as a tweet from an Ivy fan page, but the tweet was quickly deleted, but the news was picked up by major publications, and circulated among fans as a sort of a “Well? What do we do with this information? Is it reliable? Should we mourn or shake our finger at this unsubstantiated post?” In the few days surrounding this unconfirmed announcement, the world was reeling with the loss of country music's Joe Diffie, jazz trumpeter Wallace Roney, ‪Alan Merrill, leader of the Arrows and writer of "I Love Rock & Roll" Afro-jazz pioneer Manu Dibango, plus the COVID-19 related hospitalization of folk patriarch John Prine, and a government and society in turmoil.

For many of us who never lived through The Blitz or the polio scare of 1956 or the duck-and-cover drills of the Cold War, the confusion of this pandemic feels a little like 9/11 (where there was an unknown enemy but we as individuals were helpless to do anything meaningful except limit our carry-on liquids and take off our shoes) and a little like the Northeast blackout of 2003 (where everything was weird and we were quietly concerned about how much toilet paper we had because we didn’t know how long the situation would last). Both of those previous situations were scary, and unprecedented, and forced upon us the feeling of helplessness. Both of those events were undeniably horrible, and the haunting sense of ineffectiveness carried throughout both experiences.

There are periods where we collectively lose our heroes to disease or accident or drugs or old age or a combination of all of these. From this distance, the deaths of Prince, Tom Petty and David Bowie feel like they happened within a week of each other. While all of their deaths were heartbreaking, none of them took place in a time frame that feels like the firecracker scene in Boogie Nights where we’re all just trying to keep cool but everything is unexpectedly exploding around us.

The untimely loss of someone as relatively young and as relatively untapped as Adam Schlesinger hits particularly hard right now. His death serves the unfortunate double purpose of marking the end of a creative soul who crafted the perfect pop moment across music, TV, movies and onstage, but also feels like an unwelcome wake-up call to those in the generation who are now realizing that this pandemic is not just being argued about on the 24-hour news cycle – the realities of this invisible enemy can reach us in our homes and in our hearts, and it may not stop here.

While Schlesinger’s legacy may ultimately be remembered by the buzz bin video novelty of "Radiation Vibe," the sweetly lascivious-slash-youthfully misguided "Stacy's Mom" and the honestly wistful theme from "That Thing You Do," his brush painted across such a wide variety of media and snapped into focus the perfect pop sentiment with wit and heart, his sunny, bittersweet sentiments will carry on long past when this dark time is over.

Pete Seeger: This Man Surrounds Hate and Forces It to Surrender

Celebrating Tom Petty's Catalog, Untarnished Even In Its Ubiquity

Pete Seeger: This Man Surrounds Hate and Forces It to Surrender

Celebrating Tom Petty's Catalog, Untarnished Even In Its Ubiquity