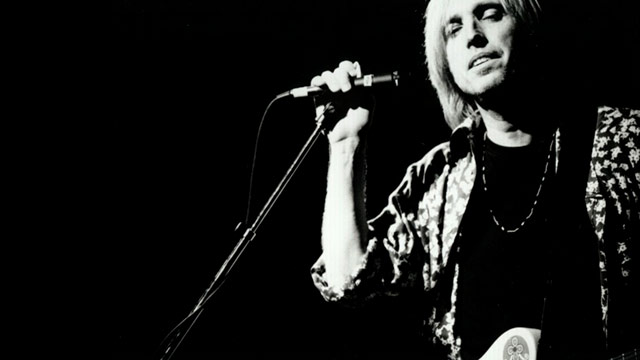 Four years ago, I thought Tom Petty might be the last songwriter I'd ever hear.

It was November 7, 2013, and my wife was driving me to Vanderbilt Hospital in Nashville. I'd been diagnosed with a brain tumor on my hearing nerve, and the only cure was a 12-hour operation to remove it. The catch: since brain surgery is tricky business, there was a 50% chance I'd lose my hearing anyway.

As we headed to the hospital for my operation, I turned on the radio, looking for something to steady my nerves. Out came Tom Petty's "A Face in the Crowd." I'd heard the song a million times before, but this day, it sounded different. I noticed absolutely everything. The hard-panned acoustic guitars. The layered percussion. The way Petty's melody never reached beyond the same five-note range, but never lost its punch, either.

The entire song enveloped me, and I wished I could stay in that car forever, listening to Tom Petty with a renewed set of ears. The possibility of losing something — my hearing, my life, everything — had heightened my senses at the eleventh hour.

Earlier this week, I found myself listening to Petty with those same senses all over again. This time, I was fully recovered and healthy, while Tom was the sick one. He'd suffered cardiac arrest at home and was clinging to life in a hospital somewhere out in Los Angeles, the city he'd first visited with a group of fellow Floridians — many of whom later became the Heartbreakers — more than four decades earlier. I had caught the band's performance when they came through Nashville in April 2017, and they still sounded fantastic. Tom could sing pretty much everything in the original key, and his songs — most of them deceptively simple, built around less than a half-dozen chord changes and punctuated by choruses both destined and designed to be howled toward the cheap seats — remained untarnished by years of radio airplay. I'd grown up with those songs, just like everyone else who'd listened to the FM dial anytime between the mid-Seventies and the present. They were the songs we all heard on our way to school. The songs that were played in our big brother's Ford Taurus and our mother's station wagon. The songs we sped to, danced to, got laid to, got drunk to, fell in love to, got married to. They were our collective soundtrack. Tom wrote them, but this songbook was communal.

Maybe that's why his passing — which occurred during the evening of October 2nd, a day already soured by the news of a widespread shooting at a Las Vegas music festival — has left us all wrecked. We've lost a frontman whose music was so omnipresent, so regularly and deservingly blasted from our car dashboards and home stereos, that we sometimes forgot to pause, listen, and truly appreciate how stunning it really was. We always knew his music would stick around, so we assumed he'd stick around, too.

If not exactly an architect of rock & roll, Tom Petty was certainly one of the genre's longest-running torchbearers. He chose his influences wisely — the cool snarl of Bob Dylan; the fuzz-guitar fire of the Kinks; the chiming California folk of the Byrds; the bounce of Chuck Berry — and kept himself relevant throughout four decades without chasing trends. He aged well. On latter-day albums like Mojo and Hypnotic Eye, the Heartbreakers focused on gritty garage-rock and lean, limber blues. Their tempos slowed down and their grooves deepened. It was a natural progression that allowed Petty —who was in his 60s when he toured behind both albums — to still sound like Petty, and that's what made him so believable. He never chased anything other than his own muse.

Sitting in my living room on the afternoon of October 2nd, I realized Tom Petty wouldn't survive the day. I went back through his catalog and played my favorites, hearing everything with the same clarity as the day "A Face in the Crowd" soundtracked my drive to the hospital. This time, his songs sounded downright prophetic, as though he knew we'd eventually be playing them in his absence:

"I wanna glide down over Mulholland
I wanna write her name in the sky
I'm gonna free fall out into nothin'
Gonna leave this world for awhile"
- "Free Fallin'," 1989

Tom Petty was unbreakable. He was a man unafraid to drag his own record label into courtroom battles. A man who became so pissed at corporate radio that he recorded an entire album, The Last DJ, about corruption and bigwig greed in the entertainment world. A man who, after being taken off life support at the UCLA Medical Hospital, remained stubbornly and gloriously alive for hours, making fools of the publications who'd already announced his passing.

He had the last word. We should've expected nothing less.

Andrew Leahey is a singer/songwriter, the frontman of Andrew Leahey & the Homestead, and a former AllMusic staff writer