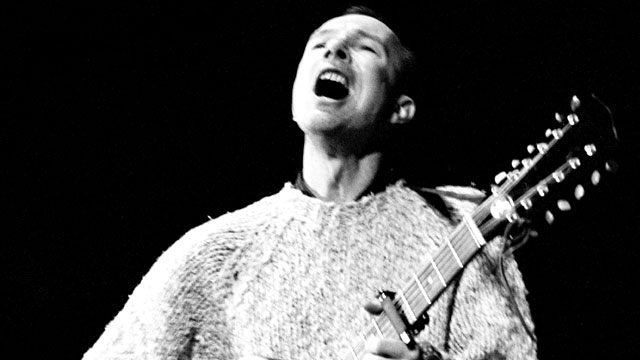 Perhaps no single person in the 20th century had done more to preserve, broadcast, and re-distribute folk music than Pete Seeger, whose passion for politics, the environment, and humanity have earned him both ardent fans and vocal enemies since he first began performing in the late '30s. His never-ending battle against injustice led to his being blacklisted during the McCarthy era, celebrated during the turbulent '60s, and welcomed at union rallies throughout his life.

His tireless efforts regarding global concerns such as environmentalism, population growth, and racial equality earned him the respect and friendship of such political heroes as Martin Luther King, Jr., Woody Guthrie, and Cesar Chavez, and the children who first learned to sing and clap to Seeger's Folkways recordings over several generations may number in the millions. Rising above all of Seeger's political ideals and his passion for authentic folk music was his clear voice and chiming banjo which both sang out with a clarity that still rings true.

Seeger's detailed biography can be found here, and the inspiring 2007 documentary Pete Seeger: The Power of Song is a terrific primer on Seeger's achievements.

On a very personal level, Seeger's 1955 Folkways LP Birds, Beasts, Bugs and Bigger Fishes (available on the 1998 CD reissue Birds, Beasts, Bugs and Fishes (Little & Big) from Smithsonian Folkways Recordings) was the first album I actually remember. The woodcut album cover print, the booklet with lyrics, and the simple pure honesty that poured forth from the songs inspired me (and certainly countless other kids) to find beauty, humor, darkness and truth in nature and in music. 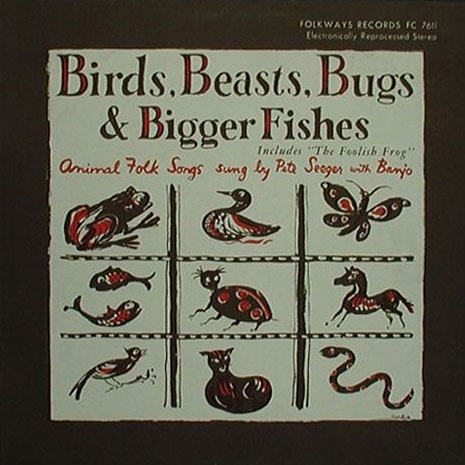 His ceaseless passion for reaching the hearts and minds of those who will listen is summed up by the inscription on his banjo which reads "This machine surrounds hate and forces it to surrender." Pete Seeger's music does not force hate to surrender with muscle or intimidation, but with Seeger's simple honesty and pure-hearted clarity which truly changed the course of history during the 70-plus years that he had been performing. 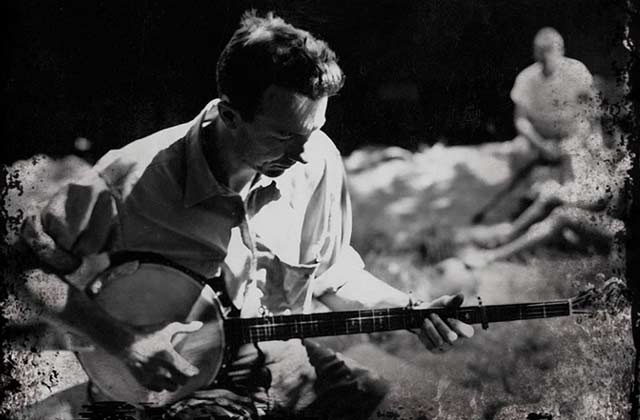