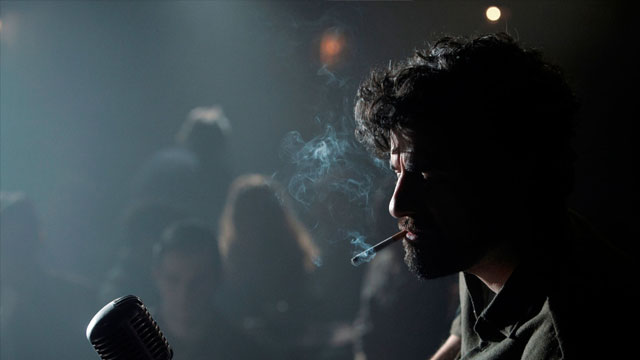 The Joel and Ethen Coen film Inside Llewyn Davis captures a charming snapshot of the folk boom scene happening in Greenwich Village and around NYC's Washington Square in the very early '60s. As with every Coen Brothers/T Bone Burnett collaboration (think O Brother, Where Art Thou?) the film has a focus on music, and the burgeoning folk scene of that era really deserves to be given the spotlight.

Much of the inspiration of the '50s Folk Revival has been (almost mythically) attributed to musicologist Harry Smith's Anthology of American Folk Music. As our own John Bush states in his review, "Originally released in 1952 as a quasi-legal set of three double LPs ...Anthology of American Folk Music could well be the most influential document of the '50s folk revival." This set of dusty haunting and beautiful recording from the late '20s and early '30s caught the ear of many up-and-coming performers from Pete Seeger to John Fahey to Bob Dylan.

Rhino Records offers a great sampler of the music of this era via their 3 disc set Washington Square Memoirs: The Great Urban Folk Boom, 1950-1970. It dips a bit into the folk music of the '50s and expands out to the late '60s on disc 3, but the majority of the contributions are from the same universe where Inside Llewyn Davis takes place. Those looking for more music along the lines of what they heard in the movie might lean toward the tracks by Eric Von Schmidt, Bob Gibson and Buffy Sainte-Marie's haunting rendition of "Cod'ine."

This vibrant scene spawned some of the most influential music of the 20th century, enabling a generation of singer/songwriters to flourish. Joan Baez arguably struck first with her 1960 self titled album and the movement was in full swing by the time The Freewheelin' Bob Dylan was released. Other notable highlights from this scene include Tom Paxton's rootsy Ramblin' Boy and Fred Neil's iconic Bleecker & MacDougal

Regarding the origin of the Llewyn Davis character, the Coen brothers have not shied away from revealing that the story is based partially on Dave Van Ronk's memoir "The Mayor of MacDougal Street

," even borrowing their movie's title from Van Ronk's 1963 album. The singer's gruffly earnest voice and complex guitar playing can be best explored on the 2013 collection Down in Washington Square: The Smithsonian Folkways Collection.

One of the recordings from the soundtrack that has gained attention is Marcus Mumford and Oscar Isaac's take on what sounds like Bob Dylan's arrangement of "Fare Thee Well (Dink's Song)" (available on Bob Dylan's The Bootleg Series, Vol. 7: No Direction Home - The Soundtrack). Listening to the new interpretation and comparing it to Dylan's version (available below), it's a nice testament to the folk tradition -- That a song can be imagined, reinterpreted and resurrected by the next generation.

"The Times They Are A-Changin'" turns 50

"The Times They Are A-Changin'" turns 50