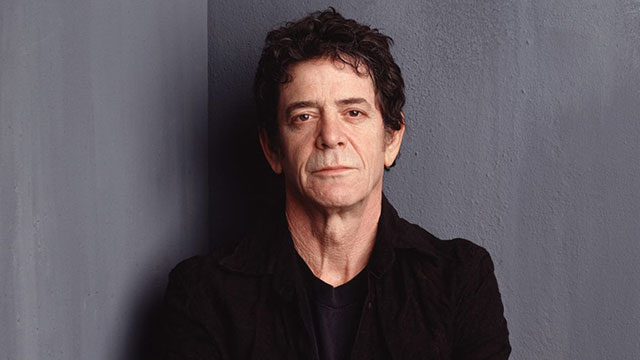 Lou Reed was a character of remarkable contradictions. He was often celebrated as the man who brought druggy decadence to rock 'n' roll, but he was clean and sober from the early 1980s onward. He virtually invented noise rock, but he also wrote a handful of pop music's most indelible melodies, like "Perfect Day" and "Satellite of Love." He believed in the concision of a good three-chord rock tune, but he joyously stretched out on experimental jams that could challenge the patience of his less ardent fans. He wrote about S&M, and he also wrote about Jesus with equal commitment and sincerity. He formed one of the greatest American rock bands ever, but he also was a musician with a singular vision who didn't easily collaborate with others. And depending on who was talking about him, he could be described as a cold-hearted bastard, or a warm and supportive friend and mentor.

About the only thing that was consistent about Lou Reed was he was an artist who followed his own path, doing what he wanted the way he wanted to do it. That was the firm constant in a career that began in the late 1950s and ended with his death on Sunday, October 27, 2013; Reed may have attracted a large and loyal audience over the years, but the work that won them over was created on his own terms, no one else's.

Reed was one of rock's first and most powerful trailblazers, but he was a rocker who knew the rules before he started to break them. He started writing songs when he was a teenager, and at 16, his band the Jades cut a single, "So Blue" b/w "Leave Her For Me," that typified East Coast rock of the era, complete with doo-wop harmonies and light R&B melodies. A few years later, he was writing and demoing songs for publishers looking for teen-oriented material, and Reed's first record deal (in 1964) was with Pickwick Records, a budget label where Reed wrote and recorded pop and rock tunes modeled after the trends of the day. Reed was well versed in the mechanics of rock 'n roll, but he was also a passionate fan of free jazz and experimental music, and when he met another musician who was interested in expanding the boundaries of rock music, John Cale, they would form a band called the Velvet Underground and in essence open the door for most of what came to be called "alternative rock" long before most folks even thought that rock needed an alternative branch.

By the time the Velvet Underground began blasting out noise and singing about hard drugs and dangerous lifestyles in 1966, Reed had been a rock 'n' roll fan for close to ten years, and he said his goal was to make music that dealt with adult themes as freely as the novelists or playwrights of the day. The Velvet Underground were first notorious for singing songs like "Heroin" and "Venus in Furs," but the music was just as striking as the words – they embraced dissonance and atonality in a new way, but also forged a strange and compelling beauty out of sounds rock 'n' had yet to embrace when they cut their first album, creating rock designed to appeal to an adult's taste without sapping its youthful sense of rebellion and discovery. And the Velvets refused to be ruled by noise or darkness, even if those were their first hallmarks; their self-titled third album proved the group could be as emotionally compelling and musically bracing with the quietest music of their career. The first moment of "The Velvet Underground," in which Doug Yule sings a line Lou's voice was too rough to pull off – "Candy says, I've come to hate my body" – is as powerful as anything the band would ever record.

It's easier to write about Reed's work with the Velvet Underground than his solo work, largely because covering a five-year-burst of youthful genius is simpler than tracing forty years of ups and downs, the trajectory of a life lived well but often recklessly. Lou Reed became a star in the 1970s, thanks to David Bowie and Mick Ronson helping him craft a hit with "Walk On The Wild Side." But while he made a few brilliant albums in that decade – most notably "Transformer," Coney Island Baby," "Berlin" and "Street Hassle" – he also discovered the audience that loved the glam-era boho decadence typified by "Transformer" was happy to see Lou behave like a caricature of himself, and given Lou's fondness for drugs and alcohol at the time, it’s hard to say if he was fully conscious of how cartoony he'd become, until he confronted his own failings on the album "Street Hassle" and revealed his own disgust with himself.

While Reed began reaching back towards a more sincere vision on 1979's "The Bells" and 1980's "Growing Up In Public," the breakthrough came when Reed, after finally giving up drugs and drinking, hooked up with guitarist Robert Quine, who encouraged Reed to trust his muse as a songwriter and take his guitar playing seriously again. The result was "The Blue Mask," his first solo album that truly rivaled the emotional and musical power of the Velvet Underground, and did so with simple tools – two guitars, bass, drums, and ten great songs. Quine gave Reed enough confidence that by 1984 Quine was out of a job, with Reed opting to handle all the guitars on "New Sensations," an album that gave him a surprise hit single and MTV video in "I Love You Suzanne."

In 1989, Reed signed with Sire Records, who gave him the freedom to do as he pleased, and he took full advantage of it. His first three albums for the label were among the best and most ambitious of his solo career: "New York," a song cycle about life in the city that informed his best music, "Magic and Loss," a meditation on the death of two close friends, and "Songs for Drella," a collaboration with John Cale that paid homage to the man who helped the Velvet Underground when they needed it most, Andy Warhol. In 1993, Reed and Cale even teamed up with Sterling Morrison and Maureen Tucker to briefly reunite the Velvet Underground for a celebrated European concert tour, until just like in 1968, Reed and Cale discovered having two fully uncompromised artists in one band meant they couldn't figure out how to compromise with one another.

If what followed from 1996's "Set The Twilight Reeling" onward wasn't a period full of masterpieces, it was ultimately a more rewarding set of work than he'd turned out in his more celebrated period in the 1970s – strongly personal albums full of potent songwriting and great guitar work, and a willingness to take left turns into the unexpected, such as a song cycle about Edgar Allen Poe ("The Raven") or a set of ambient music ("Hudson River Wind Meditations"). While Reed's 2011 collaboration with Metallica, "Lulu," would turn out to be a major critical and commercial disappointment, in many respects it also represented what was best about Reed's late period music – maybe it wasn't what anyone was expecting or hoping for from Reed or Metallica, but it was certainly the sound of five guys following their gut instincts, the consequences be damned. True artists don’t follow their audiences, they follow their creative process, and if "Lulu" was largely an experiment that failed, it was an experiment they weren't afraid to try without record companies or managers getting in the way, and ultimately they both walked on, determined to try again some day (and who know what Metallica will have learned from the experience).

On Sunday, when word of Reed's passing spread, plenty of musicians posted messages about Reed's music and influences, but one of the best appeared away from larger public scrutiny. Musician and recording engineer Steve Albini hosts an online forum on the website for his recording studio, Electrical Audio, and when several users started a thread about Reed, the irascible Albini chimed in with the following:

"I didn't have the kind of epiphany many people did to VU or Reed's music. I liked some of it, loved some of it, and didn't care for some, but the arc of his whole thing is just undeniably great and inspirational. 50 years of following his muse, whatever it happened to be at the moment. His music will either hit you or not, but one thing ought to matter to anybody who thinks music or art is worth pursuing for its own sake; Lou Reed, he did not give a f---. Did not give a single f---. I think of myself as not giving a f--- most of the time, but once in a while I wish to Christ I could give not a f--- as thoroughly as Lou Reed."

From Albini, one of the least compromising men in rock 'n' roll history, this was as high a compliment as one could ask for. He fully understood that Reed's greatest and most lasting work came from trusting himself, and not caring what the rest of the world thought. From "Heroin" to "Lulu," this is the great unspoken message of Lou Reed's art, a lesson anyone with something to say in any creative medium should remember. Just as importance as the brilliance of his songwriting and the flinty joy of his guitar work is the message : Trust your gut, forget the rest. That's just what Lou Reed would have done … and did for over half a century.