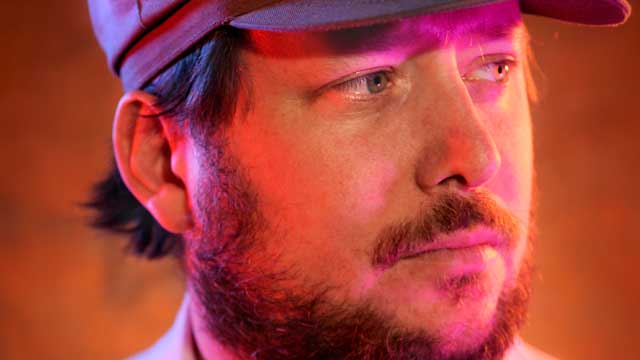 We're excited to share some changes at the AllMusic blog! The Poplist is joining the hallowed halls of history, making way for a new feature, Biomusicology. Here, bands will curate playlists of songs by artists who influenced them as a group, or made an impression on band members in their formative years. We hope you find it an interesting new way to get to know the artists.

First up is Fan Modine, the intelligent chamber pop project of Gordon Zacharias. As Zacharias has collaborated with artists from bluegrass outfit Jim and Jennie to throwback popmakers the Essex Green, Fan Modine is appropriately restless, taking different stylistic turns and recording every few years with a rotating lineup of musicians from dB Chris Stamey to Polvo guitar slinger Ash Bowie. Fan Modine first emerged in the late '90s with the electro-acoustic experimentation of Slow Road to Tiny Empire and Pageantry, returning in 2004 with the more pastoral Homeland, and most recently 2011's Gratitude for the Shipper, which Mark Deming praised for the "elegance of (Zacharias') melodies, the graceful strength of his piano work, and the subtle force of his vocals... satisfying in a way that matches anyone working in smart pop in the new millennium."

The Marmalade - "I See The Rain" (single, 1967)
The birth of Scottish pop. Soaring vocal harmonies, two bass players, and a lead heavy riff sheathed in a velvet glove. As with the Kinks, the lyrics seem psychedelic, but in reality are just a simple slice of British daily life. The beginning of my love affair with over-bending notes, and an affirmation that the answer to the solo question is usually "more fuzz." - AM
https://www.youtube.com/watch?v=I8pUuIEoRcc

Neil Diamond - "Shilo" (single, 1967)
This is a real weeper of a song and pretty introspective for the time and genre. If you ever get past its main subject of isolation and start wondering what it all means, I suggest starting here:
https://www.mcsweeneys.net/articles/neil-diamonds-shilo-girl-dog-or-demon - GZ
https://www.youtube.com/watch?v=hJ7bgDNFxVY

James Booker - "Classified (speech)" (from A Taste of Honey, 1977)
Our friend Will from Monroe, LA turned me on to this at about 29 O'Clock in the morning. Dr. John took the cake with dubbing him "the best black, gay, one-eyed junkie piano genius New Orleans has ever produced.” The piano playing is so free and natural, and he clearly was as ecstatic as he was tortured. - GZ
https://www.youtube.com/watch?v=JH1nwCGthWs

ELO - "All Over The World" (from Xanadu Motion Picture Soundtrack, 1980)
This song was on the first full length album I ever bought - The Xanadu Soundtrack. It's an update on "Dancin' in the Street" and may have even inspired "The Heart of Rock n Roll" - the latter of which put an end to those sorts of songs. Still, this is the one of the three with vocoder on it and it is dripping with energy. - GZ
https://www.youtube.com/watch?v=X3N9SVfs0jg

Echo & The Bunnymen - "Ripeness" (from Porcupine, (1983)
No guitarist has done as much, with so little, as Will Sergeant. The Patron Saint of guitarists who have no idea how to shred. Always perfect, always Le Note Juste. The Yin of the repetitive Pattinson/DeFrietas rhythm section offered a blank canvas for the intensity of McCulloch's vocal Yang, and Will's response to it. - GZ
https://www.youtube.com/watch?v=4P1vXhb_jDM

The Church - "Myrhh" (from Heyday, 1986)
The mysterious opening track to a flawless album. The record's mission statement, delivered in four glorious minutes. 12 string, E-bows, delay, Vox amps, and it's all bathed in heroic amounts of reverb. - AM
https://www.youtube.com/watch?v=h6T_BtPSRL0

Pale Saints - "True Coming Dream" (from Comforts of Madness, 1990)
This band is the Father in my Shoegaze Holy Trinity, with Ride being The Son, and MBV obviously being the Holy Ghost. Graeme Naysmith is an unsung hero of the era. This song ambles up to the door, clobbers it open, and then gives you an affectionate hug at the chorus. - AM
https://www.youtube.com/watch?v=elj3Se0rl8k

Spiritualized - "If I Were With Her Now" (from Lazer Guided Melodies, 1992)
There was a period of time post-Spaceman 3 where there were dribs and drabs of J. Spaceman floating around on shared cassettes and the odd vinyl single etc. Oh yeah, that was a Troggs cover wunnit? Then Bam! Lazer Guided Melodies came out. A simple, beautiful, debut DOUBLE LP. When this song comes on at track #2 its rhythms syncopate and you have no choice but surrender and take a seat. - GZ
https://www.youtube.com/watch?v=2NVIEwzhoug

Helium - "Ocean of Wine" (from The Magic City, 1997)
The bass and drum warmth on this track is glorious. It's like there's a royal procession of Unicorns. One of my favorite albums to come out of the Fidelitorium, where we recorded the new FM record. - GZ
https://rd.io/x/QXsroTcuJKg/

Lilys - "Squares" (from Precollection 2003)
It could have been "Shovel Into Spade Kit," or "Hark, an Open Channel," or "Ginger," or "Dimes Make Dollars," or "You Win" almost as easily, but in the end, the backbeat always wins. Lilys is the Missing Link; the band that perfectly fuses Garage, Psych, Dreampop and Gaze. - AM
https://rd.io/x/QXsroTdUiys/

Mew - "Circuitry of The Wolf" / "Chinaberry Tree" (from ...And The Glass Handed Kites, 2005)
The opening diptych from a record that's essentially one long, stunning song. The greatest album you've never heard by "the world's only indie stadium band." Never ending textures. Bo Madsen is one of the few people I can think of who truly thinks differently about guitar in the modern age, yet it never comes across as showy. - AM
https://www.youtube.com/watch?v=ZMrA9F5KF0Q

Frankie Rose - "Pair Of Wings" (from Interstellar (2012)
Leaves one speechless in all of its sad but strength-inspiring beauty. - GZ
https://www.youtube.com/watch?v=kr6nFt_9ryo