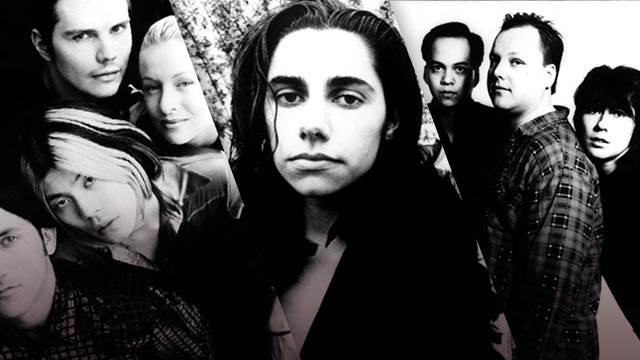 140dB Management has worked with some of the most noteworthy music producers of the past three decades, including individuals who helped create era-defining albums such as Pretty Hate Machine, The Joshua Tree, Mellon Collie and the Infinite Sadness and Violator. In celebration of 140dB's 25th anniversary, owner and founder Ros Earls compiled a list of her favorite musical moments from her star-studded lineup of clients.

"We've been lucky enough to work with some of the best artists ever in the past 25 years, and to work with many of them on multiple albums. The list below gained me several new grey hairs and sleepless nights, and still doesn't really cover it. It's issued with thanks to everyone who has ever worked with us, and apologies to anyone who doesn't get a specific mention.

"'Personal Jesus' was the first single from the 1990 album Violator, and marked a radical change from the band’s previous works. This was Flood’s first production with Depeche Mode, and brought them incredible mainstream success. On a personal level, this track shows Flood at his best, combining the super commercial with the alternative - as he does better than most other producers of his generation - and reminds me of how lucky I am to work with such a talented and eccentric old bastard."


"For his third solo album, Ian Brown collaborated with our songwriter and producer Dave McCracken. The first single released off of Music Of The Spheres, "F.E.A.R.," features lush string samples and cunning lyrical acrostic wordplay. The single was both a commercial and critical success and is one of the most synched tunes of our times - the result of those exceptional collaborative musical partnerships you rarely find."


"Gil Norton's relationship with the Pixies spawned three albums with them, with one of the undeniable highlights across the catalog being this song, a track that is on most people's soundtrack of their lives and is very high up on mine. Gil recently produced the band's first studio work since 1991: a collection of EPs featuring tracks which are, incredibly, just as good as their best ("Indy Cindy" and "Bag Boy" to name just two). A testament to the fact that Gil's still got it going on!"


"I had real trouble choosing my favorite PJ Harvey track, as no 140dB history is complete without mention of The Dark Queen. I love the tracks Flood didn't produce as much as the ones he did; he produced five of her eight albums. We are crossing fingers there may be another album in the pipeline this year."


"I was first given the Elbow demos on a dodgy cassette by my friend Nick Angel, who had just signed them to Island, and I played it so much I broke it. Steve Osborne was the first of our roster who worked with this lot and made their beautiful first album. They were then dropped by Universal in the big band cull of the late 90s, and had to re-record much of their album with Ben Hillier, who stuck around and worked with them for the next phase of their career with V2 Records. This song, however, survives from those earlier Steve Osborne productions, and still works it's magic on me."


"Flood worked with the formidable production team Brian Eno and Daniel Lanois as engineer on this track, and on Joshua Tree in 1987, arguably one of the greatest rock albums of all time. This led to him forging a long-term working relationship with both the production team and U2. He later progressed to work with the band as producer on Zooropa and Pop."


"'Catch the Sun' by the Doves gives us another example of the heartache of singling out one track by an artist we've worked with over a long period of time. It could have been anything off the four albums and more our chaps have worked with them on (Steve Osborne, Ben Hillier and recently Dan Austin have all produced the Mancunian tunesmiths) but this song, which happens to be produced by Steve, slightly has the edge for me. But I could listen to Doves songs from any of those albums all day, every day."


I'll never forget hearing Trent Reznor's demos briefly - again on a cassette - before I left for my first U.S. trip over 24 years ago, and couldn't believe what I heard: kind of Nick Cave meets Depeche Mode. Following a meeting I had with Trent and his manager in New York, Flood went on to produce this track, which knocked us all between the eyes when it came out in 1989, and then went on to produce much of the iconic Pretty Hate Machine, Trent's album on indie label TVT, which sold over a million copies and triggered a major label bidding war.


The first time Flood heard this demo as it originally was - a snippet of a melody without words - he rejected this song for the album, as there were over 50 songs already on the table. After a few attempts to get the song in shape, Flood delivered Billy an ultimatum - to finish writing the song ASAP or it wouldn't make the deadline. Four hours later, Billy delivered the track which became "1979," which Corgan considers the most personally important song on Mellon Collie - a little bit of rock trivia for you there!


This lady will take over the world. Late one night after a party when we hardly knew each other, she sat down at my rickety old piano and sang like a dark lark as dawn broke. Ben Hillier and she have spent a while coming up with the first musical offering, the album Love Your Dum and Mad, which is currently casting its spell across Europe. As well as producing and writing with Nadine collaboratively, Ben has joined the band as the drummer. Nadine is a poet, has the voice of a Shirley Bassey and Nina Simone love child, and is going to be a major star.