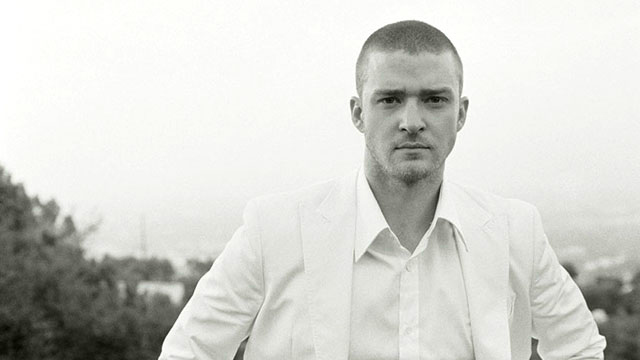 Today is Justin Timberlake’s 32nd birthday, which is cool, but the real reason we’re excited about JT is that he’s back in the game after far too long doing other stuff we don’t really care about (like acting and trying to bring MySpace back to life.) His recent single “Suit & Tie” is a very hot loverman jam that has us super stoked about the album he’s promising for the spring. We thought it would be a good time to delve into our favorite JT moments from years' past.

Check out the editors' picks in blurb and video form below and subscribe to the playlist on Spotify - but don't stop there, 'cause we wanna hear from you! Scroll to the end of this post to learn how to share your fave JT jams.

*NSYNC – “I’ll Be Good for You”
This smooth as silk track is a preview of JT’s solo career. With minimal intrusion from the band’s sometimes dorky harmonies and plenty of late night pleading, the groove is pure quiet storm. Nice assist from JC Chasez, too. - Tim Sendra

*NSYNC – “Pop”
Man, JT and JC were a great team. Their voices work together so well, and this is one of the songs that made me wish they had split off from the other dorks and started their own thing. By this time they were both writing some really good pop songs and with some help, could've done something pretty cool together. What is JC doing these days, anyway? - TS

Justin Timberlake – “Rock Your Body"
This undeniable trifle was released in late March 2003 as the follow-up to the partially Gregorian ballad "Cry Me a River," and it trails the same song on Justified. The two couldn't be much more different. Loose-limbed and carefree -- and almost careless, from a lyrical standpoint -- "Rock Your Body" is one of the Neptunes' irrefutably great funk-pop productions. Timberlake is at his most charming and least self-conscious, like he's enjoying himself too much to worry about sounding like a clown. It reached number five on the Hot 100, but most people would be hard pressed to name the song performed during his and Janet Jackson's Super Bowl XXXVIII halftime show mishap. - Andy Kellman

Justin Timberlake – “Cry Me A River”
Timberlake and Timbaland is such a genius pairing, and this is their masterpiece. Such a sad song with so much weirdness running wild just below the surface… And the video is a creeper classic! - TS

Snoop Dogg - "Signs"
With three generations of lady killers swaggering over some glitter disco production from the Neptunes, Snoop Dogg's "Signs" is the song that officially sold me on JT. Timberlake is the student here, acting like girls are "icky" with his "cupid don't f' with me" chorus (at least, on the radio version) but Snoop and "Uncle" Charlie Wilson set him straight. If you are going to be a real gangster, they explain, macking is fundamental, so "bring it on to Justinville" should be the way of the walk. Add it all up and it's a superb track, street enough to pimp out a hip-hop mixtape while also being cool enough to turn a chillwave set into something special. - David Jeffries

Justin Timberlake - "What Goes Around... Comes Around"
With lyrics about betrayal delivered with equal parts bitterness and pride, 'What Goes Around' is like a sequel to "Cry Me a River." Combine that with a cinematic music video over nine minutes long directed by Samuel Bayer and you get the pop equivalent of "November Rain" minus the extra baggage. - Chrysta Cherrie

The Lonely Island featuring Justin Timberlake - "Dick in a Box"
Released a few months after FutureSex/LoveSounds, this song which originated as a Saturday Night Life sketch opened, ahem, the box for a beautiful, weird, beautifully weird creative relationship between JT and the musical comedy group helmed by Andy Samberg. And I just find it very endearing when a pop superstar isn't afraid to show he's willing to laugh at himself. - CC

LCD Soundsystem vs. Justin Timberlake - "My Love" (Diplo Mix)
The original track from his second album 2006 album FutureSex/LoveSounds (one of my all-time faves) is a pretty amazing Timbaland production with one of JT’s best, most featherlight, vocals -- but this remix makes it into some kind of insane cultural event. If all four principals involved with this remix ever got together in one room, the sun would probably explode from the Superfriends-y power it would create. -TS

Timbaland – “Carry Out”
Even though JT couldn’t get inspired to make his own album, he popped up every few months as a sexy guest vocalist. Timbaland seemed to have him on speed dial anyway. This track is really silly, with a pretty lame fast food theme, but it totally works thanks to a typically invasive Timbaland hook and JT’s total devotion to being as smoove as possible at all times. - TS


Tune in to our editors' picks in playlist form, and share your favorite proper Justin Timberlake songs, as well as your picks for his best with *NSYNC and as a guest star. Spotify users can contribute by adding AllMusic Editors to your people list, and then sending your selections to our inbox. Not a Spotify user? Share your track picks on the AllMusic Facebook page or by tweeting @AllMusic.