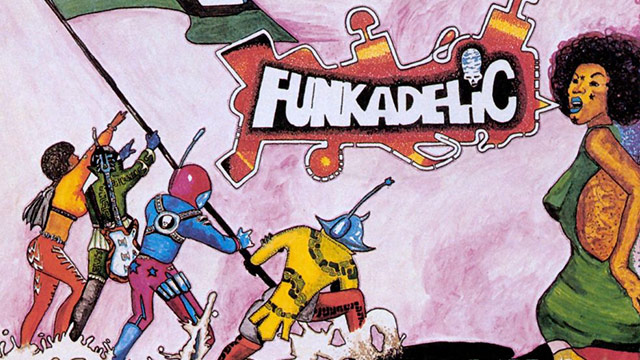 Wire to wire, the Parliament-Funkadelic machine was operating at peak efficiency in 1978. There was "Flash Light" in January, "One Nation Under a Groove" in August, and "Aqua Boogie" in December. A fundamental factor was the presence of multi-instrumentalist Junie Morrison. Formerly of Ohio Players, as heard throughout the '71-'73 run of "Pain," "Pleasure," "Ecstasy," and "Funky Worm," Morrison had been added to the fold -- as musical director and studio collaborator -- by fan and P-Funk leader George Clinton. That's Morrison bellowing "So low you can't get under it" and wailing "So high you can't get over it" while sharing keyboard duties with the late Bernie Worrell on "One Nation Under a Groove." Recently featured on Dām-Funk's Invite the Light, paid tribute by Solange and André 3000 on A Seat at the Table, and sampled by Madlib and Kanye West on The Life of Pablo, Morrison, who died earlier this month, remains underappreciated despite the mothership-size shadow he cast.

Among the flock of musicians who followed the path cut by P-Funk was Rick James, who went supernova after he signed Motown's Gordy subsidiary (and took some style cues from Bar-Kays, whose revamped "Holy Ghost" delivered supreme synth-funk and wild go-go in one tight package). Another major '78 newcomer was teenager Evelyn "Champagne" King. Supported by Instant Funk, she arrived with "Shame," which crossed into the Hot 100 Top Ten, yet her less-pop follow-up "I Don't Know If It's Right" is superior, containing one of the funkiest and most tantalizing breakdowns of the era. Meanwhile, behind the scenes, the likes of James Mtume and Reggie Lucas ("The Closer I Get to You") and the Mizell brothers ("Boogie Oogie Oogie") gracefully slid into quiet storm and disco playlists with some of their biggest hits as dynamic jazz-turned-R&B production and songwriting duos.

Here are 40 personal-favorite singles that reached Billboard's Hot Soul Singles chart during the year of Saturday Night Fever, along with a Spotify playlist and month-by-month top tens.

January
Parliament - "Flash Light"
Enchantment - "It's You That I Need"
Peabo Bryson - "Reaching for the Sky"
Barry White - "Playing Your Game, Baby"
The Manhattans - "Am I Losing You"
Melba Moore - "Standing Right Here"
Ashford & Simpson - "Don't Cost You Nothing"
Eddie Kendricks - "Intimate Friends"
Willie Hutch - "What You Gonna Do After the Party"
The Sylvers - "New Horizon"

February
Earth, Wind & Fire - "Fantasy"
Rose Royce - "Wishing on a Star"
Roberta Flack & Donny Hathaway - "The Closer I Get to You"
Bootsy's Rubber Band - "Bootzilla"
Bobby Womack - "Trust Your Heart"
Peter Brown w/ Betty Wright - "Dance with Me"
Millie Jackson - "All the Way Lover"
Tyrone Davis - "Get on Up (Disco)"
L.T.D. - "Never Get Enough of Your Love"
The Dramatics - "Ocean of Thoughts and Dreams"

June
Enchantment - "If You're Ready (Here It Comes)"
Keith Barrow - "You Know You Want to Be Loved"
Candi Staton - "Victim"
Parliament - "Funkentelechy"
Prince Phillip Mitchell - "One on One"
Faith, Hope & Charity - "Don't Pity Me"
The Dramatics - "Stop Your Weeping"
Roberta Flack - "If I Ever See You Again"
Lonnie Liston Smith - "Journey into Love"
Dee Dee Bridgewater - "Just Family"

July
L.T.D. - "Holding On (When Love Is Gone)"
Switch - "There'll Never Be"
Sylvester - "Dance (Disco Heat)"
The Emotions - "Smile"
Norma Jean Wright - "Saturday"
The Isley Brothers - "Groove with You"
Lenny Williams - "You Got Me Running"
Prince - "Soft and Wet"
Michael Henderson - "Take Me I'm Yours"
Stargard - "What You Waitin' For"

November
Earth, Wind & Fire - "September"
Mother's Finest - "Love Changes"
Lakeside - "It's All the Way Live"
Hot Chocolate - "Every 1's a Winner"
Dan Hartman - "Instant Replay"
L.T.D. - "We Both Deserve Each Other's Love"
Slave - "Just Freak"
Tavares - "Never Had a Love Like This Before"
Peabo Bryson - "I'm So into You"
Bonnie Pointer - "Free Me from My Freedom"