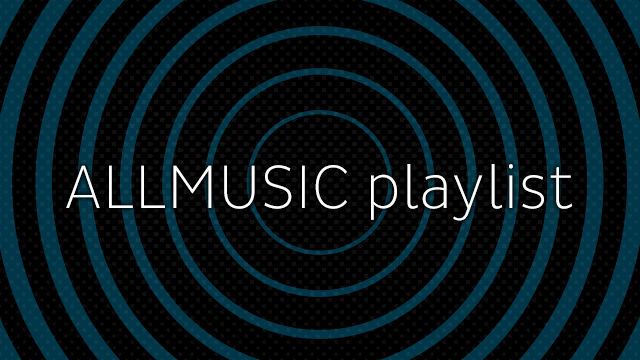 Epic, intended to describe uniquely massive or majestic things like the soaring heights of mountains or the infinite nature of space, has lost a bit of its punch due to the proliferation of "win" and "fail"-related slang. Fortunately, the music world has kept the word's true meaning intact, as artists craft expansive songs packed with sweepingly poetic narratives, bombastically virtuosic performances and spine-chilling intensity, songs that explore the breadth of the human condition and rise and fall like the breathing of the gods. Honoring this tradition, as well as the birthday of one of the most epic performers and songwriters of all time, Meat Loaf, we present unto you our epic song picks.

And the adventure continues, because we wanna hear from you! After you get epic with the editors' selections in blurb and YouTube form, give the Spotify playlist a spin and share your favorite epic jams by adding to the list.

Stephen Thomas Erlewine
Genesis – "Supper's Ready"
Really, there is no other choice. Weighing in at close to a half hour, "Supper’s Ready" is perhaps the quintessential rock epic, a side-long suite that captures everything Peter Gabriel-era Genesis did, from pastoral folk to heavy rock. There are melodies catchy enough to flirt with pop but this is no crossover: this is pure prog for now people, with more segments than can be counted, each one topping its predecessor in terms of sheer audacity.


Pulp – "Deep Fried In Kelvin"
Where "Supper's Ready" is a suite, "Deep Fried In Kelvin" — thrown away on the B-side of 1993's Lipgloss, probably because it wouldn’t have fit anywhere on His 'N' Hers — is a masterpiece of extended tension, Jarvis Cocker murmuring with menace as Pulp slides between an ominous riff and slippery open-ended jams. It takes effort to decipher Cocker’s lyrics but it’s the mood that matters: it’s suffocating and claustrophobic and utterly appealing in its neon-lit darkness.


John Bush
Mercury Rev – "Chasing a Bee"
Mercury Rev's 1991 debut Yerself Is Steam turned out to be a watershed for indie rock, and among several tracks that fans could call epic, chief among them was "Chasing a Bee." Come journey to deepest inner space with David Baker & co. as they re-enact an admittedly pretty mundane/absurd event, although with gales of feedback and churning distortion giving way to quieter passages led by Baker's poetic rambling and Suzanne Thorpe's plaintive flute, it's clear that nearly any song can be an epic in the hands of psychedelia masters and/or the correct substances.


Heather Phares
The Who – "Rael 1"
In 1967 Meat Loaf moved to Los Angeles and kick-started his musical career. Meanwhile, the Who pioneered the epic/rock opera style with songs like the searching "Rael 1." The story of a man who sails to his religious homeland, only to be stranded there when the captain and crew of his boat refuse to return, "Rael 1" gets its epic power from Pete Townshend’s alternately lunging and shimmering guitar, Keith Moon’s towering drums and the band’s intricate vocal interplay. Along with "A Quick One (While He’s Away)," "Rael" was a huge step forward for epic rock, which the Who and Meat Loaf took to even greater heights in the '70s.


Gregory Heaney
Dark Moor – "Dies Irae"
In a perfect world, this list would really just be Dark Moor's first three albums played back to back to back, but because we live in the world we live in, I think "Dies Irae" makes for a solid contender. If an 11 minute power metal tribute to Mozart isn't epic, I don't know what is.


Wings – "Band on the Run"
To the uninitiated, this might seem like an unlikely choice, but with a three act plot spread out over its three distinct movements, "Band on the Run" is easily the most epic song you're likely to hear over a department stores soft rock satellite radio station.


David Jeffries
Laibach – "B Mashina"
It's all about the build-up on "B Mashina", Laibach's reimagining of the Heaven's Gate cult where the world erupts in flames, but we're good, because the machines will take us up to the sky. It's 90% intro and 10% chorus, the chorus being a stately swirl of voices, drums, and ironic, authoritarian bliss. Check the well-crafted studio version or the devastating live performance with the song's co-writers, Slovenian rockers Siddharta.


Fred Thomas
Dragonforce – "My Spirit Will Go On"
British power-metalheads Dragonforce are epic in the flight-of-fantasy come to life sense. Existing in a parallel vortex where Journey jams with Megadeth, Dragonforce's songs are marked by over-the-top/too-fast-for-words drumming and unthinkably technical guitar solos. Let's not even get into the dungeons and dragons strength lyrics and sense of urgency of original singer ZP Theart's (yes, even his name is epic.) vocals. This song from their second album, Sonic Firestorm, is one of the best examples of this band's never-ending epic ways.


And let's wrap up the list with an extraterrestrial contribution from guest editor Marvin D. Marshen:
Carpenters – "Calling Occupants of Interplanetary Craft"
There are millions of love songs in the universe, but there is only one recognized anthem of World Contact Day (albeit self-styled). Shortly after Klaatu recorded the original in 1976, the Carpenters followed with their own version, a studio extravaganza that spans seven minutes and includes various interludes and bridges; a suitably alien-doctored voice attempting to reach a radio request line; a triumphal guitar solo no doubt intended as an extra-terrestrial introduction to rawk music; and, best of all, Karen Carpenter over the top of it all. After all, what better emissary to the stars than the most angelic singer ever recorded?


Check out these picks in Spotify playlist form, and keep the epic sounds coming by adding your favorite epic songs to the list! Not a Spotify user? Share your track picks on the AllMusic Facebook page or the AllMusic Twitter stream with hashtag #epicsongs.