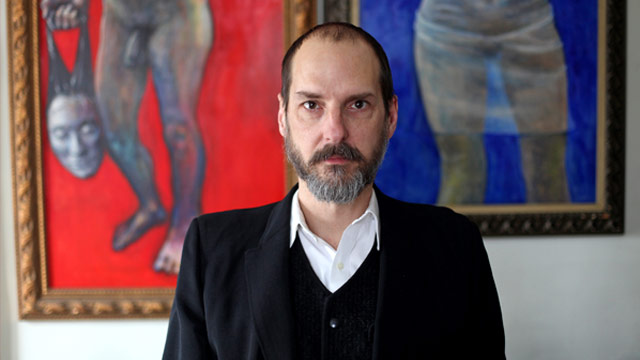 Now into the third decade of his career, Tim Foljahn continues to make inspired, engaging music. His career spans from his role as a founding member of Two Dollar Guitar—alongside Sonic Youth drummer and longtime friend Steve Shelley—to his work with artists like Cat Power, Thurston Moore, Half Japanese and the fictional Sideboob on the Netflix series Orange is the New Black, to his solo work. His latest solo album, Fucking Love Songs, is out next week on Kiam Records, singer-songwriter Jennifer O'Connor's label, and from big and bold opener "Wild Tonight," to "Beloved," where his deep, rich voice evokes Leonard Cohen, or the unexpected pipe organ coda of "Legends," its 10 tracks are certainly distinct from one another.

Stream Fucking Love Songs ahead of its March 31 release date below.