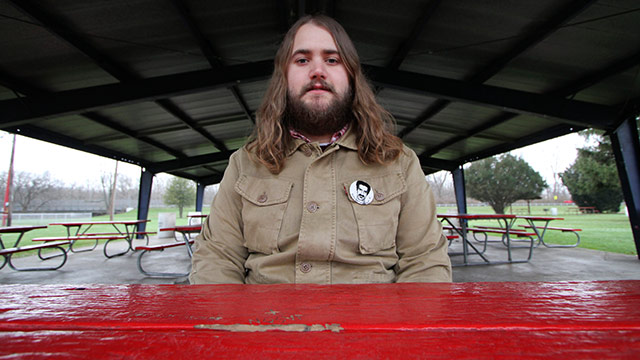 Andy Gabbard has been performing as guitarist and vocalist for Cincinnati-based rock band Buffalo Killers for nearly a decade, and is now stepping out on his own with his solo debut, the simultaneously distorted, psychedelic and enthusiastic Fluff. Cut in one 12-hour session with Gabbard on every instrument, one track barrels into the next, urgent but not rushed, and evokes some of the fantastical imagery of Syd Barrett and Roky Erickson and the fuzzy bliss of Dinosaur Jr. and the Atomic Bitchwax. It's out next week on Alive Naturalsound Records, and you can stream the whole thing below.

For more on Andy Gabbard, and to order Fluff, head to his Facebook page.