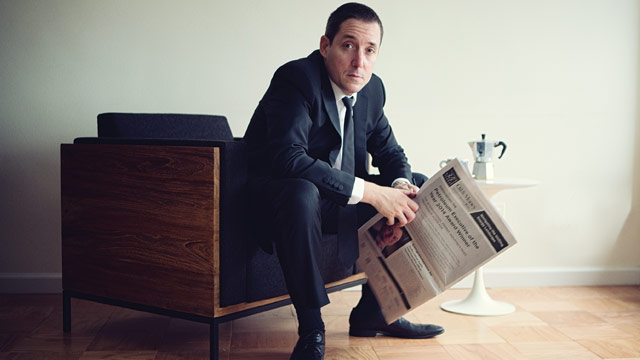 After performing as a sideman for years, ​New York-based pianist Jon Regen began his solo career as a post-bop jazz pianist before eventually moving beyond his jazz roots and into a more singer-songwriter vein. That recent style carries on with his latest album, Stop Time, produced by Mitchell Froom, known for his work with diverse acts like Paul McCartney, Cibo Matto and Pearl Jam. Check out our exclusive premiere of the album, and read on for some thoughts from Regen on the album, which he says is the result of "when history meets mystery."

Stop Time is out April 28 on Motema Records.

“I have loved [producer] Mitchell Froom’s work since I was a teenager, but I never dreamed that we would get the chance to work together until a twist of fate led me to him. After my original album producer left due to a scheduling conflict, Mitchell and I connected unexpectedly via email and the album immediately began to take shape. The title track came from an impromptu jam session I had with the actor Jeremy Irons at a party in London. But the other songs revealed themselves in a myriad of different ways – from fragments I found on my iPhone Voice Memo recorder, to fully-formed tunes sketched on yellow legal pads and music notation written at my trusty old Wurlitzer electric piano. I chased songs down in hotel rooms and on airplanes, in the early mornings and long after dark. For me, the album is about savoring the here and now, because if we all could stop time every now and then, we’d realize how much there truly is to celebrate.”