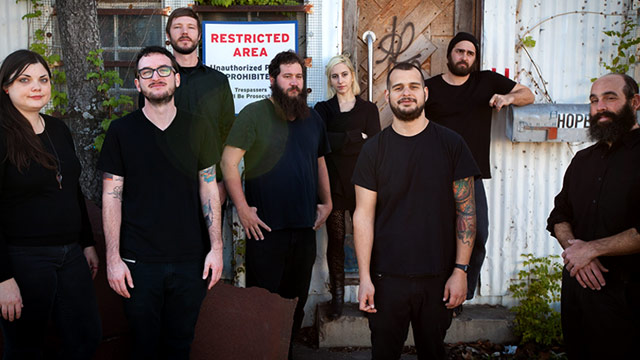 Eight-piece Austin-based band East Cameron Folkcore brings together a plethora of styles on their new album, combining elements of folk rock, hardcore, country and cinematic atmospheres across the record's expansive 14 tracks. On a musical level, there's enough happening on Kingdom of Fear to keep the mind occupied, but for those who want to dig deeper, there's also a carefully-constructed set of lyrics, primarily raging against modern injustices and inequalities, which can add an entirely different tone to the proceedings.

So on whichever level you feel like absorbing it, here's Kingdom of Fear. It's out on April 7.

For more on East Cameron Folkcore, visit their site.