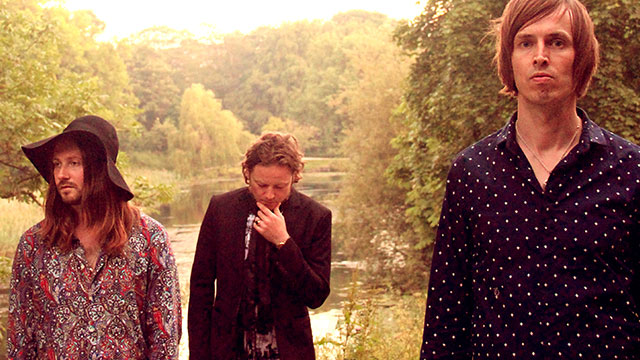 Denmark-based trio Black Light White Light has been exploring the reaches of psychedelia for five years, and soldier on with their upcoming full-length, Gold Into Dreams. We have the premiere of the band's ten-minute-plus brain-warp, "Running," which shifts from jaunty acoustic guitars to swirling shoegaze-y guitars that seem to impossibly keep adding layer upon layer, before collapsing into a gentle coda of feedback and echo. For Gold Into Dreams, the band teamed up with producer Chris "Frenchie" Smith, who has worked with bands like ...And You Will Know Us By the Trail of Dead, the Dandy Warhols and the Meat Puppets.

Gold Into Dreams will be released in the United States on October 14. For more on Black Light White Light, visit their Facebook page.