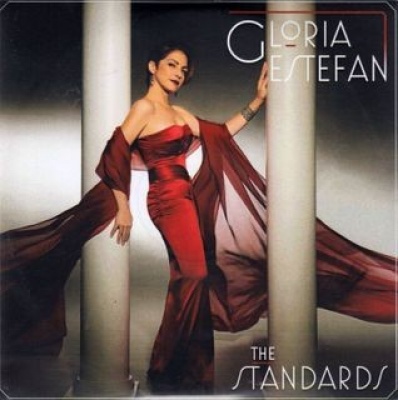 Gloria Estefan always has had an element of cabaret in her act but she's never tackled that staple of the supper club, the Great American Songbook, prior to 2013's The Standards. Produced by her husband and longtime collaborator Emilio Estefan, The Standards plays it by the book, choosing familiar songs and playing them in familiar ways. Namely, there are plenty of syrupy strings and tinkling pianos, sometimes punctuated by the murmuring saxophone. Occasionally, Estefan shakes things up a little, adding a little Latin flair to "You Made Me Love You" or moving "What a Wonderful World" toward the parameters of adult contemporary soft rock, styles that suit her just fine without abandoning the concepts of the tried and true. While Estefan may not be extremely well-suited for these songs -- she doesn't burrow into their meaning, she doesn't surprise with her phrasing -- she sings them sweetly in a manner suited to the record's spirit. It's designed as comfort music, after all, so it should be performed in a comforting way, which it is.