There should be a strong market for this greatest-hits release by British crossover tenor Paul Potts, whose phenomenal popularity is growing internationally among listeners who may not have had the chance to pick up his still consistently selling solo releases. Check out his Taiwanese fan site sometime. Potts, a shelf-stocker at a Tesco supermarket when he catapulted to fame by winning the Britain's Got Talent television competition, has an undeniable Everyman appeal. However, that should have worn off by now if that were all he had, and the collection also gives observers of the vocal scene a chance to investigate the reasons for the Potts phenomenon. His recording of "Nessun Dorma," included here, has attracted more than 120,000,000 views on YouTube. Some aspects may remain elusive, it's true: why should "The First Time Ever I Saw Your Face" need to have been translated into Italian for an English-speaking singer? Yet listen to the "Nessun Dorma" again, and it becomes clear that Potts' voice has an unusual distribution across register. In the mid-range it's thin and not particularly pleasant, but it blooms unexpectedly into the top (although not the very top), where it has caught people's attention. "Nessun Dorma," with its conversational beginning and subsequent explosion of passion, fits this vocal profile to a T, and Potts has subsequently been very canny about picking other pieces that do the same. The Christmas carols that close out the collection are cases in point. The result is a reasonably satisfying sound, and one that keeps replicating what drew listeners to Potts in the first place. Potts isn't going to win the admiration of opera lovers, nor even make an impact on the operatic stage like Andrea Bocelli, but he knows his bailiwick and knows it well. 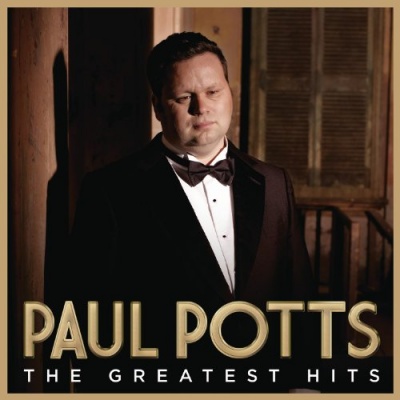