Paul Potts' debut album One Chance was aptly named, capturing the remarkable circumstances of the former phone salesman's rise to fame during his time on the reality competition show Britain's Got Talent. The album's music also fit Potts' newfound stardom: a mix of light opera, pop, and rock songs given the aria treatment, plus show tunes and Christmas carols, it was designed to appeal to the widest possible audience while nodding to his passion for opera. Passione, One Chance's follow-up, indulges Potts' first love a little more while keeping the populist bent of his debut. Potts sensitively performs Puccini's E Lucevan le Stelle and Chopin's Tristesse, revealing that in the two years since One Chance, he has become a polished performer who has developed the mostly raw talent he displayed on Britain's Got Talent. Yet Potts never feels as slick as another Simon Cowell classical pop creation, Il Divo, even on "opera-fied" versions of well-known songs like "La Prima Volta" (The First Time Ever I Saw Your Face), which he handles with as much grace as possible, although the overwrought "Senza Luce" (A Whiter Shade of Pale) is not one of Passione's finer moments. Aside from missteps like this and the similarly overdone "Piano" (Memory), Passione feels more consistent and cohesive than One Chance, and Potts shines on "Un Giorno per Noi" (A Time for Us), the Hayley Westenra duet "Sei con Me" (There for Me), and "Mamma," which allows him to show off some of the subtler shades in his voice. Now that he's had his chance, Passione suggests that Potts is coming into his own. 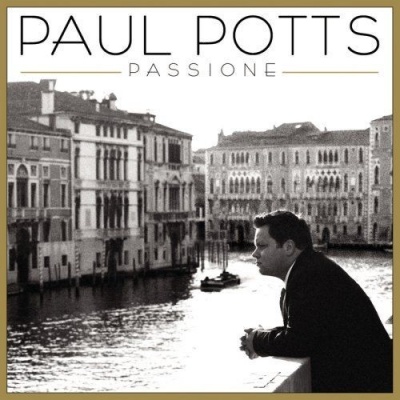