Following the overnight world domination of Susan Boyle, original Britain's Got Talent sensation, tenor Paul Potts has since been rather unfairly cast aside, having been dropped by Simon Cowell's record label despite the million-selling success of his debut album, One Chance. Indeed, his third LP, Cinema Paradiso, a collection of his favorite film themes, is yet to find a release date in the U.K., a puzzling situation considering that his previous album, Passione, charted at number five, and for the fact that it's produced by Simon Franglen, the Grammy Award winner responsible for the success of the Avatar, Titanic, and Moulin Rouge soundtracks. Potts' populist style might not convince classical purists, but it's undoubtedly well suited to these operatic interpretations of classic movie songs including Breakfast at Tiffany's "Moon River," West Side Story's "Maria," and Good Morning Vietnam's "What a Wonderful World." Rather bravely, Potts attempts Italian-language adaptations of iconic tunes from Titanic ("My Heart Will Go On") and Doctor Zhivago ("Somewhere My Love -- Lara's Theme"), and although vocally he's as accomplished as ever, his phrasing is sometimes a little less convincing. But despite the Hollywood credentials of its producer, the album's arrangements, performed by the City of Prague Philharmonic Orchestra, lack the drama and emotion of his previous output, and only the duet with X-Factor vocal coach Yvie Burnett (An Officer and a Gentleman's "Up Where We Belong") stands out from the often repetitive instrumentation of its 11 tracks. Overall, Cinema Paradiso is a competent -- if unremarkable -- reminder of Potts' talents, but its generic and unimaginative nature means it's unlikely to give Cowell any sleepless nights. 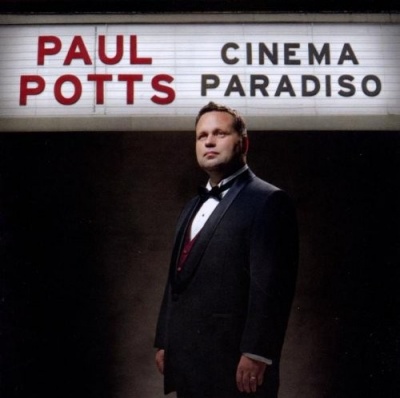