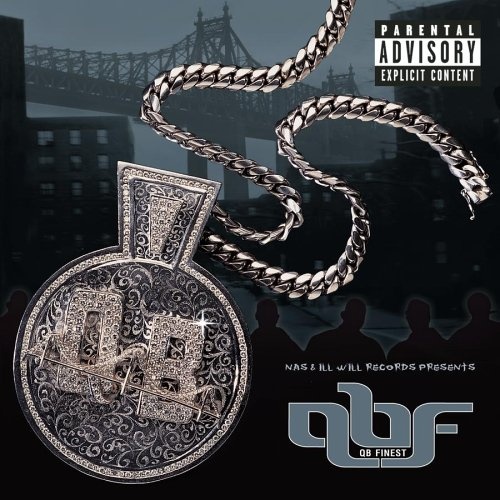 On the celebratory posse cut "Da Bridge 2001," Nas laments "We from the largest project/Yo, the biggest on earth/Queens know the history/Left y'all cursed." While Nas' salvo may at first appear to be nothing more then your typical MC hood-rappin' rhetoric, there is truth to his manifesto. After all, the infamous borough of Queens has churned out a distinguished list of influential MCs and producers. While Nas offers QB Finest as the first project for his newly birthed record label, Ill Will, this enigmatic compilation only hints at the talent residing in the bridge, as it comprises strictly the thug element of Queens' storied existence. Granted, QB Finest scores points for resurrecting the career of the bridge's first lady, Roxanne Shanté, who makes a triumphant comeback on "We Live This" featuring Havoc and Big Noyd. Yet, excluding the more notable individuals (Run-D.M.C., Rakim, Kool G Rap, and LL) who helped carve out QB's reputation lends an unpolitically correct stigma to this unfulfilling gathering. Though Nas is a very active participant in a few underdeveloped cuts, the "Nasty" side of his personality surfaces on the introspective solo cut "Find Ya Wealth." Achieving an Illmatic lyrical intensity, the track's dusty soul sample mirrors the wisdom and pain Nas is so capable of conveying with his rhymes. Yet, minus a few crucial momentum boosters -- Prodigy's heavily peddled, mixtape banger "Pile Raps" and Nature's conversational "Fire" -- there is very little left to cling on to with QB Finest.