Back on the hardcore block and with plenty to prove after two years without a record under his own name, Nas designed Stillmatic as a response: to the rap cognoscenti who thought he'd become a relic, and most of all to Jay-Z, the East Coast kingpin who wounded his pride and largely replaced him as the best rapper in hip-hop. The saga started back in the summer of 2001 with the mixtape "Stillmatic," Nas' answer track to an on-stage dis by Jay-Z. A few months after Jay-Z countered with the devastating "Takeover," Nas dropped the comeback single "Ether" and the full album Stillmatic; tellingly, Jay-Z had already released his response to "Ether" (titled "Super Ugly") before Stillmatic even came out. Dropping many of the mainstream hooks and featured performers in order to focus his rapping, Nas proves he's still a world-class rhymer, but he does sound out of touch in the process of defending his honor. "Ether" relies on a deep-throat vocal repeating the phrase, "F*ck Jay-Z," while "You're da Man" hits the heights of arrogance with a looped vocal sample repeating the title over and over. "Destroy & Rebuild" is a solid defense of his Queensbridge home, and "Got Ur Self A..." is an outstanding track, the best here, complete with chant-along chorus. Despite the many highlights, a few of these tracks (most were produced by either Large Professor or Nas himself) just end up weighing him down: "Smokin'," one of the worst, is an odd G-funk track that would've sounded dated years before its release. Stillmatic certainly isn't as commercial as past Nas output, but it places him squarely behind the times. Facts are facts: he's not the best rapper in the business anymore. 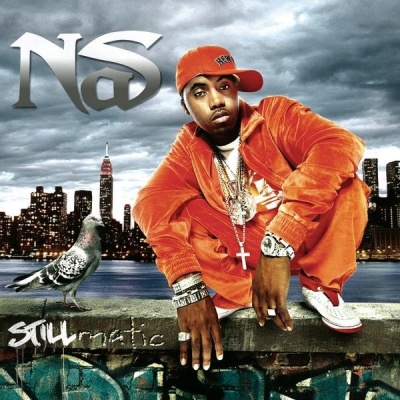