When Garth Brooks announced his retirement in 2000, there never was any question that he would one day return to active duty. The man himself predicted that his full-fledged return would coincide with the maturation of his children, which would arrive sometime around 2015. Right on schedule, Brooks came back in 2014 with an international tour and Man Against Machine, his first record in 13 years. Brooks never denies the passing years anywhere on Man Against Machine -- he never attempts to pour himself into skinny jeans so he can strut to an electronic beat, he never seems like a grinning bro next door as he embraces his middle age -- but he doesn't necessarily take pains to fit into the times, either. From its beefy arena rock arrangements to its preponderance of power ballads, this is an album constructed from remnants of the golden age of the diamond album, a cross-demographical blockbuster that's now a bit of accidental narrowcasting. This is for audiences who wish they made country records like they used to -- not when Hank, Willie, or Waylon were on the radio, but when arena country meant something to millions, a rallying cry from metro centers to strip malls across the land. Brooks proudly doesn't deviate from any of his trademarks: he cranks up the amps on the title track, slides into sticky sentimentality on "Mom," relishes a good story on "All-American Kid," indulges in the breezy yacht rock sounds of the '70s on "Wrong About You," offers a paean to the simple life on "Fish," guns for adult contemporary on "People Loving People," and once again salutes Chris LeDoux's cowboy swing on "Rodeo and Juliet." There are no surprises, but that's what's welcome about Man Against Machine. Brooks doesn't try to do anything differently; he just picks up where he left off and the time away has only made it clearer how he's different from all that came before and all that came since. 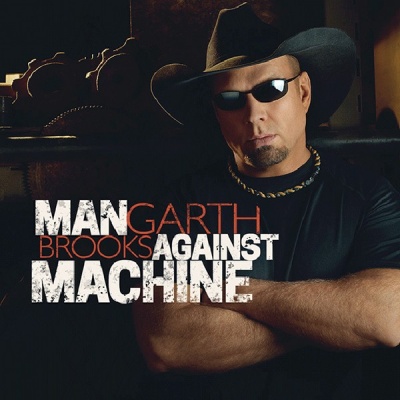