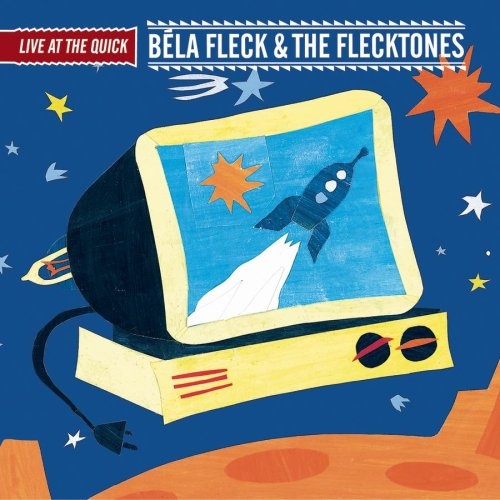 Anyone who saw the Flecktones in their early days probably told you that it was an amazing experience, and a big part of that praise undoubtedly focused on the group's improvised jams. With Victor Wooten sometimes playing two basses simultaneously and Fleck wandering through the audience picking cosmic banjo lines, their shows were spectacles to be enjoyed for the simple thrill of hearing virtuosos play music that was mind-boggling but somehow utterly accessible. It's sad, then, that the group's live albums, while preserving the energy, have never quite captured the humor of those early shows. Many fans could relay stories of Fleck and Wooten's astounding call-and-response duels, which could incorporate anything from Tchaikovsky to full-throttle bluegrass breakdowns. The rapport was hilarious, and it endeared people to a group who might otherwise go down as whimsical showoffs. However, while the old shows may be legendary, the new ones aren't bad either, and the above isn't meant to say that Live at the Quick is a bad album; actually, there's plenty of stuff that Flecktones fans love, including Wooten's now-trademark arrangement of "Amazing Grace" and a Bach "Prelude" from Fleck's classical music projects. The concert was recorded with the Flecktone Big Band and features guest appearances from Paul McCandless, Andy Narell, Paul Hansen, tabla player Sandip Burman, and Tuvan throat singer Congar ol'Ondar. All that makes Live at the Quick the band's most diverse record yet, and fans of Fleck's post-Acoustic Planet work will be amply rewarded.