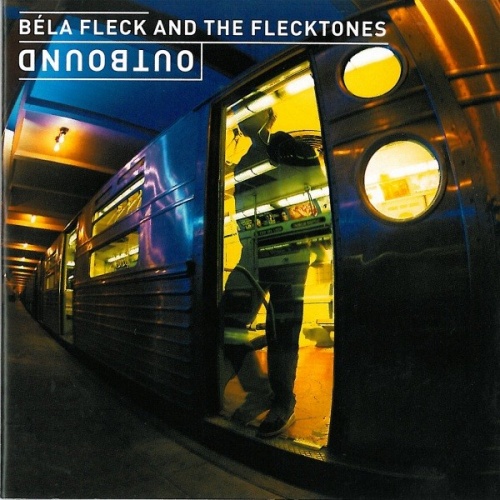 After a decade with Warner Bros., Béla Fleck jumped to Sony's Columbia Records, signing a five-record deal that called for two releases on Sony Classical, a solo album, and two discs with his band the Flecktones of which Outbound is the first. It is a typically eclectic effort. For example, the Fleck original "Shuba Yatra" (its title, he explains in the press materials, "is an Indian term that means taking a journey with a safe return") features a tabla player and Fleck on a "sitar banjo," an electrified instrument with a banjo head and a sitar bridge. Such instruments give the tune something of an Indian flavor, except that much of it is borrowed from traditional Irish music with a touch of South African rhythm. Such odd juxtapositions of instrumentation and style are typical not only from track to track but also within tracks. Fleck and his bandmates seem to view all styles of music as readily and randomly interchangeable, but sometimes, as with a colorblind person picking out clothes, the results clash or otherwise disturb, and the rest of the time they come off as flashy and insubstantial. Fleck really offers no defense to the charge of being a musical dilettante, he simply celebrates the surface pleasures of different varieties of music, offering an overlapping series of appetizers. A fan of any particular style is liable to feel that it has been trivialized, but Fleck doesn't mean any harm. His music represents the pursuit of facileness as a musical goal, one that he and his band achieve with alacrity.