Césaria Évora is the barefoot diva, as the title of her debut album says. When the queen of Cape Verdean music takes the stage, she does so barefoot in support of poor women around the world. The opening track of La Diva Aux Pieds Nus, "Bia Lulucha" is a traditional song gussied up by a disco dancefloor treatment. The track steams right along, buoyed by Manu Lima's synthetic wizardry, and was a huge hit in the Cape Verdean community. Évora's rendition of a Vinicius de Moraes and Antonio Carlos Jobim samba also swings and her voice soars from its guttural depths. As always, her mornas on this album are very soulful and strong. She has since made much finer albums and this should not be the starting point for the novice. However, the album does have some strong tracks and the musicians are the best in Cape Verdean music circles. For fans of the diva, the album is worth adding to their collection. It was her first. Recommended. 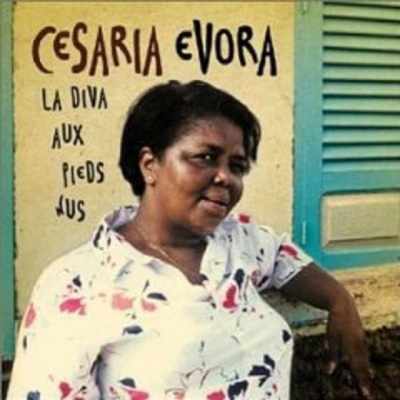