Cesaria Evora, who at times has been referred to as a new Edith Piaf, turns in another masterful album with her first release of the new millennium, Sao Vicente. This album features several first-rate guest appearances, including Pedro Guerra, Caetano Veloso, Chucho Valdes, and North American blues superstar Bonnie Raitt (who, as always, delivers a remarkable performance) but none takes the stage from Cesaria. This is an album which, even when sunny and jubilant, still has an underlying theme of boundless sorrow, but in the end, the music is pure joy to the ear and the spirit. Highlights of the album include the elegant, nostalgic and sweeping opener, "Sao Vicente Di Longe" (which is the title of the European version of the album). "Dor Di Amor" best illustrates how such joyful music, with jubilant beats and horns, can be so sad, with Cesaria's mournful laments decorating the uplifting song. The album includes more Latin-tinged songs, including "Tiempo Y Silencio" where she sings in Spanish, and nostalgic torch songs, such as "Linda Mimosa" and "Negue," which finds Cesaria accompanied solely by a piano, resulting in one of the most beautiful and touching performances on the album. As is always the case with this singer, the album is strong from start to finish. One can rejoice in Cesaria's musical journey, which proves that true art and emotion can find a route to success in an era of overwhelmingly manufactured artifice. 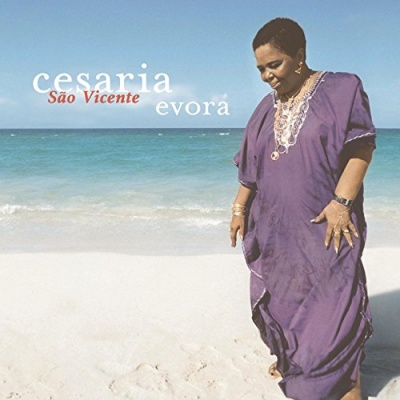