This 22-track collection contains the very first recordings made by Cape Verdean singer extraordinaire Césaria Evóra in the early 1960s, all of them originally cut for the Mindelo radio station Radio Barlavento. Virtually every one of these tracks is in the predominant coladera style of the era. The majority of these pieces were written by Gregorio Gonçalves, best known as "Ti Goy." He was one of two mentors to the young singer, along with the nation's other prevalent songwriter at the time, Jose Vincente Gomez (better known by his professional name Frank Cavaquim). Ti Goy plays guitar and or drums on all of these tracks that also feature Cavaquim. The tunes are annotated by their session numbers and the kind of recording tape employed in making them by original engineer Gustavo Albuquerque. In addition to the tunes written by Ti Goy, there are four by the legendary B. Leza (Francisco Xavier da Cruz), the legendary Lisbon poet and songwriter who had passed away in 1958. The songs range from love songs to biting social commentaries on the issues of the day. Fans of Evóra's later work might be startled at the early discipline and power of these gorgeous sides. While their fidelity might bother audiophiles, they are recorded so simply and beautifully -- all of them with a single microphone -- their grace, power, passion, and beauty more than make up for their what they lack in sound quality. One listen to either "Vaquinha Mansa," "Mata Morte," or "Cinturão Tem Mele" should dispel any naysaying whatsoever. 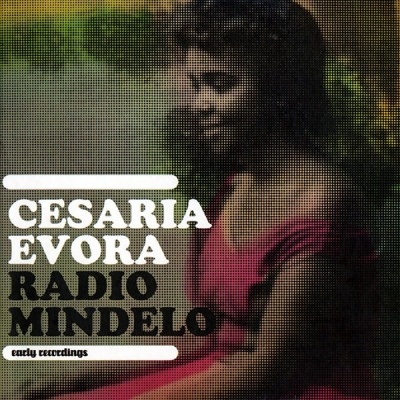