In Your Face Review

Fishbone's first full-length release, 1986's In Your Face was a far more focused affair than their self-titled debut EP from 1985, but the band was still honing their original and genre-spanning sound. While it would not be perfected until their 1988 release Truth and Soul, In Your Face remains an important musical stepping stone for Fishbone. Few other bands at the time (perhaps only the Red Hot Chili Peppers) were attempting to merge different musical styles together as they were. Ska, funk, and punk rock are again put into the musical blender this time around, along with often thought-provoking lyrics, resulting in several strong compositions. The opening track "When Problems Arise" is an enjoyable, stomping little ditty for which a rarely aired video clip was filmed, while other highlights include the up-tempo numbers "A Selection" and "Give It Up," the Caribbean-tinged "Cholly," the desperate plea of "I Wish I Had a Date," and the gorgeous ballad "Movement in the Light." Also featured are the funk-workouts "In the Air" and "Knock It," the furious punk-rocker "Simon Says the Kingpin," and the goofy, album-closing instrumental "Post Cold War Politics." 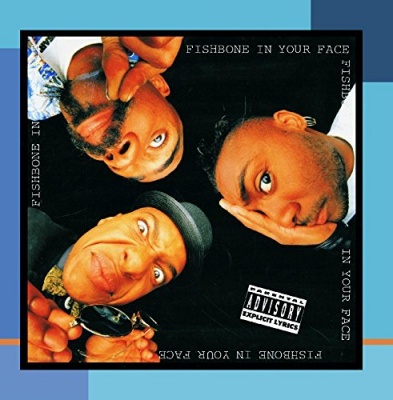 In Your Face Album Information