After the release of 2004's Confessions, an album that transformed Usher from an R&B star into a pop superstar, the singer became a husband and father. That grants Here I Stand more lyrical depth than the four previous Usher albums, but we're not talking fathoms. There's a two-minute lullaby for his son, and the noticeably increased talk of settling down and turning in his player card ("My search ends here," "This time love won't let me leave") now holds more weight since he has actually done it through the eyes of the law; he certainly never would have thought to use "Your mama and my mama want some grandbabies tonight" at any earlier point in his life. More seriously, and less noxiously, the changes in his life are most evident throughout "Before I Met You," a song that is more direct, sincere, and ultimately believable than "Confessions, Pt. 2.": "You got my life together and I thank you forever." Otherwise, Here I Stand is almost exactly the kind of release you'd expect a 29-year-old Usher to deliver in 2008, and while it is seriously doubtful the album will move more copies than the nearly diamond platinum Confessions, there is plenty to like about it. Beyond some tepid material that can only be expected with a 74-minute album, its biggest weakness is in what it does not contain, like the leaked "Play Me" and the briefly charting "Dat Girl Right There," both of which would have been major highlights. Perhaps these songs would have tipped the scale too far in favor of Usher's wild bachelor past, covered effectively enough through "Love in This Club" (present in its bleary original and sugary sequel forms), the thoroughly synth-lasered "What's Your Name" (the closest in make-up to "Yeah!," if not nearly as revelrous), and the dramatic whirlwind "Appetite" (a Danja-produced Clutch collaboration, the best narrative R. Kelly did not write). Out of the small handful of brow-raising moments, "Trading Places" takes the cake. Put together with Tricky Stewart and the-Dream, it's nearly surreal, with Usher putting equal fervor into several visions of role reversals, whether they are romantic ("You get on top/Tonight I'm on the bottom") or menial ("Wash the car/I'm gonna walk the dog"). Questionable omissions and a little oddness aside, the album leaves no doubt that the R&B male crown (30 and under division) should not change hands. 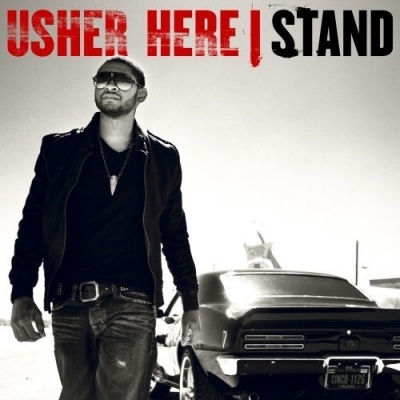