Confessions' most detracting factor is its length. At an hour in duration, it could be stripped of five songs and be far more powerful, especially since no one would have to do any wading to get to the meaty parts. On the other side of the coin, the smartest move Usher makes here is in allowing the Lil Jon-produced "Yeah!" to take its rightful place as the only club track; any attempt at doing something stylistically similar would've failed miserably in its presence. "Yeah!"'s crunk-meets-R&B foundation, featuring an instantly addictive eight-note keyboard vamp and one of Usher's most muscular turns, is so absorbing that Ludacris' 1500th guest verse floats by with little notice. The following "Throwback," produced by Just Blaze, sounds like it was made for the sole purpose of trailing Alicia Keys' "You Don't Know My Name." Like that hit, "Throwback"'s sensitively treated soul sample provides a nostalgic tint that complements the wistful, regret-filled tone of the lyrics. A small batch of Jam & Lewis productions, including the effortlessly gliding "Truth Hurts," continue to help raise Usher's loverman stock. Another pair -- the upbeat "Caught Up" and the aptly titled "Burn" -- also rate as some of the vocalist's best moments yet. He's been doing this for ten years now. Numerous chart hits have spun off each of his albums. Needless to say, the time is right for the phrase "just another" to be banned from use when discussing him. 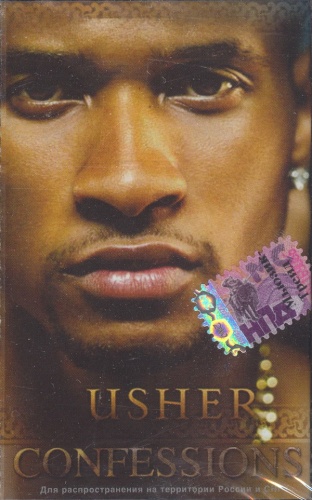