Usher was pushing his "revolutionary pop" concept as early as 2010, when he told StyleList, "I love that people are talking about the new hair, it represents who I am now and the creative movement of revolutionary pop." Prior to the release of his seventh studio album, he was doing it more than ever, quite likely encouraged by a Top Five Hot 100 collaboration with mainstream dance kingpin David Guetta ("Without You"). With rare exception, revolutionary pop as presented on Looking 4 Myself sounds just like contemporary pop-oriented R&B, or European dance-pop, or some combination of the two. Compared to Usher's previous album, this is weighted more heavily toward dance-pop, much of which is functional and well made but unremarkable. The set is front-loaded with two such numbers. "Can't Stop Won't Stop," a typically savvy production from will.i.am and partner Keith Harris, incorporates flashes of commercial dubstep and a synthesized version of that escalating wordless melody from Billy Joel's "Uptown Girl." The Max Martin/Shellback-produced "Scream," a Top 20 hit by the time the album was released, is a pummeling dancefloor track with a mindless seduction theme. Next is the stellar Diplo collaboration "Climax," a bittersweet, 100% modern ballad that creates tension with space. It's more moving than what precedes and follows, but there are other highlights and a couple pleasantly surprising twists. "Lemme See," featuring Rick Ross, is a slithering, low-slung jam -- one of Usher's best. The easygoing yet emotive title track, a cross between new wave and soft rock with an appearance from Luke Steele (the Sleepy Jackson, Empire of the Sun), could pass for a cover of a missing track from the back half of the first N.E.R.D. album. Ironically, that's the singer's boldest move. While Usher's talent as a vocalist adds some depth to the producer-driven field of dance music, he's more of a creative force when he's working with slower, soul-rooted material. There's no shame in riding the wave, especially when you can do it better than anyone else. Calling it revolutionary is disingenuous. 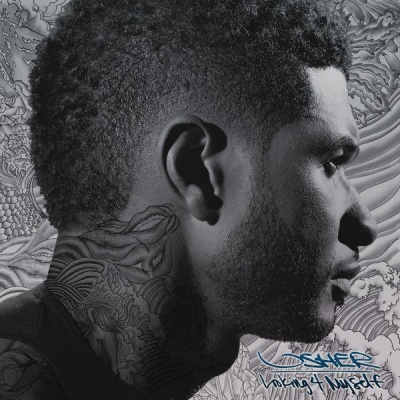