The official party line goes a little like this: sure, Be Here Now was bloated, but the boys were indulging in their phenomenal success at the time and, yeah, Standing on the Shoulder of Giants was a little uneven, but that was essentially due to overcompensation on the corrective steering, plus the defection of two founding members, so 2002's Heathen Chemistry -- the band's fifth album -- is where Oasis returns to form and starts acting like a band again (hell, not only does Liam contribute three songs, but so does bassist Gem Archer, while Andy Bell throws in a minute-long instrumental). If only it were that simple. First of all, this, like Giants, is produced by Oasis and mixed by Mark "Spike" Stent, so it should come as no surprise that it sounds like that album, only without the slight electronica flourishes, since the band is determined to make this their rock & roll comeback. But that Stent-mixed, Noel-helmed production keeps Heathen Chemistry from really rocking -- it's big and diffuse, sounding enormous and vaguely psychedelic, without much grit or kick. When it's matched with the right song -- such as the swirling, majestically nonsensical opener "The Hindu Times" -- it can be an addictive sound, but often it's mismatched with the songs; the sound expands the songs too much and they lose focus and dynamic, whether it's the muted "Digsy's Dinner" stomp of "Force of Nature" (a solo Noel tune unearthed from a 2000 soundtrack for a British-only Jude Law film), epic ballads ("Little by Little"), stabs at sweeping psychedelia ("Born on a Different Cloud"), or rockers (including the Stone Roses-meets-the Stones closer "Better Man"). These are songs that desperately need some kind of definition from their production, since they're Noel-by-numbers (even when they're tunes written by Liam): pleasant, moderately tuneful, but not too hooky, or memorable (especially in this setting), and their deficiencies are brought into relief by the times that he really connects -- the guitar-heavy drone of "(Probably) All in the Mind," a pretty good power ballad in "Stop Crying Your Heart Out," the delightfully unassuming "She Is Love" (sounding as refreshing here as "Rocking Chair" and "Talk Tonight" used to sound as B-sides), and "The Hindu Times," holding up the trend of the last three albums of having Oasis leading with their best song as the first single -- plus Liam's "Songbird," a wonderful, sweet country-rock tune that's easily the second best here. That's not a great average, especially since the flat production doesn't make any of these songs shine as brilliant individual moments, the way "It's Getting Better (Man)" did on Be Here Now (well, apart from "Songbird," which is the only spare production here), but it's not bad, either, and good Oasis songs are still a joy. Nevertheless, for those who rightfully believed that Oasis was a great band in the mid-'90s -- when Noel had so many great songs, they spilled over to three B-sides per single -- it's hard not to find this album kind of disappointing, a confirmation that no matter what they do, Oasis Mach II will never have the sheer abandon or thrill as Definitely Maybe through Morning Glory. 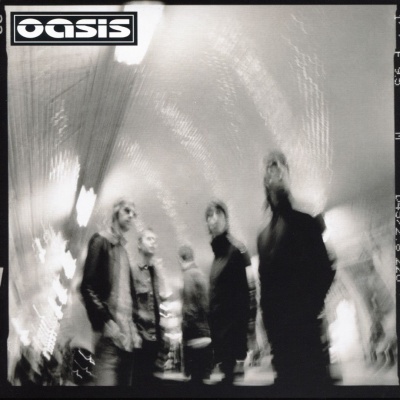