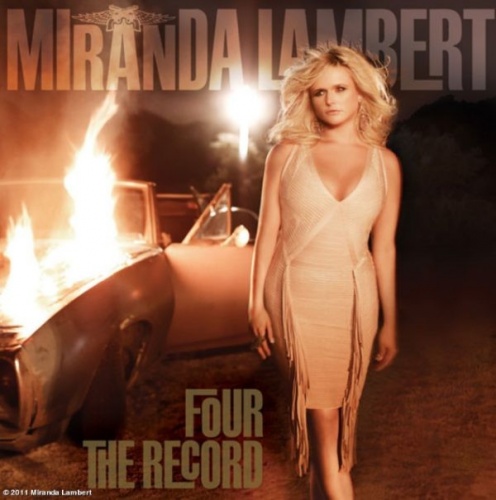 Firmly established as a formidable country star with her 2009 album Revolution, Miranda Lambert takes some liberties on its 2011 sequel, Four the Record, letting the music breathe and not being afraid to have no less than eight of its 14 songs bear credits by other writers. No other Lambert album relies so heavily on tunes from other songwriters, and while it’s certainly true she may have been kept busy by her side project Pistol Annies (a trio with Ashley Monroe and Angaleena Presley, whose album appeared just two months before Four the Record and contained eight Lambert co-writes), the lack of emphasis on writing shifts focus to the music, which is assured, relaxed, and varied. After slowly opening with “All Kinds of Kinds,” the album hits a slinky, quirky blues grind on “Fine Tune,” cruises into rocking country on “Fastest Girl in Town,” kicks up dust on “Mama’s Broken Heart,” gets real gone on the honky tonk throwback “Same Old You,” belts out country-soul on “Baggage Claim,” and does a soft-shoe shuffle on “Easy Living,” all sly but substantial changes of pace that give Four the Record considerable depth. Despite the fiery album cover, Lambert isn’t playing to her caricature: what makes her compelling isn’t her tough-girl schtick, it’s her casual versatility, and with Four the Record, she’s digging deeper than ever before and finding considerable riches.