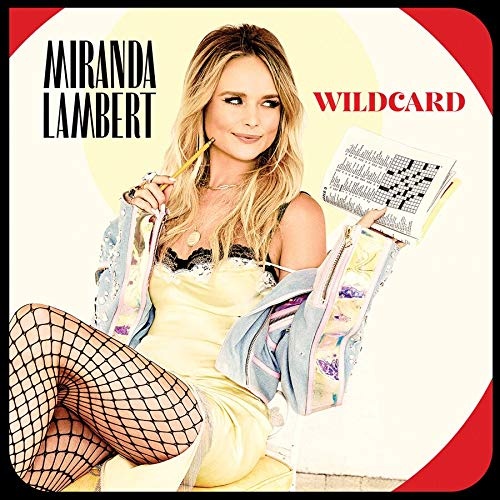 Call Wildcard the opening of a new chapter of Miranda Lambert's career. Shaking loose The Weight of These Wings -- a moody 2016 double-album that found the singer/songwriter sorting through the emotional wreckage of a public divorce -- Lambert decided to look on the brighter side for Wildcard, trading introspection for celebration. That's not the only swap Lambert has up her sleeve with this 2019 album. She's parted ways with Frank Liddell, the producer behind every album of hers since 2005's Kerosene, and hired Jay Joyce, who previously helmed Ashley McBryde's Girl Going Nowhere, Brandy Clark's Big Day in a Small Town, both Brothers Osborne albums, and everything Eric Church made. The difference is bracing: the surfaces of Wildcard gleam so brightly, it may be difficult to recognize how varied the album is, in both sound and structure. Wildcard is almost constructed as a jukebox or playlist spitting out a series of disconnected but related singles. Where The Weight of These Wings was designed as a classic album (two complementary records consisting of songs with interlocking themes), Wildcard simply cycles through its songs, with the moods and hooks piling up at a rapid rate. Ballads aren't avoided -- the closing "Dark Bars" is an ideal modern-day saloon song -- but the tenor of the record is positively giddy, as if Lambert is delighted to venture outside of her comfort zone. She does so often on Wildcard, indulging in the retro-'80s rock of "Mess with My Head" and its new wave twin "Track Record," co-opting electronic R&B for "White Trash," digging into swamp-funk on "Holy Water," and leaning hard into the metallic blur of "Locomotive." All these sly departures sit alongside familiar Lambert moves, whether it's the melancholic sway of "Bluebird," the bawdy humor of "Mess with My Head," or "Way Too Pretty for Prison," where the presence of Maren Morris helps bring Lambert's old Carrie Underwood duet "Somethin' Bad" to mind. Taken on an individual basis, each track is clever and playful, yet the cumulative effect of Wildcard is ever so slightly slight, a possible side effect of an album meant to be nothing but a party. Perhaps that may mean that Wildcard isn't as emotionally resonant as some of Lambert's other records, but there's no denying she's delivered exactly what she intended with this album: It's one hell of a good time.