F.A.M.E. was Chris Brown's first album to debut at number one on the Billboard 200. Five of its singles went Top Five R&B/Hip-Hop, and it took the Grammy for Best R&B Album. The singer clearly feels more emboldened than ever, as he declares in Fortune's second song, the slow motion boom and wobble that is "Bassline": "I'm winnin', you heard about my image, but I could give a flyin' motherfuck who's offended." Save for a handful of quasi-sensitive ballads that come across as insincere, Fortune is an album of unapologetic swashbuckling. There are few dimensions. In "Bassline," Brown demands "Get butt naked to my bassline." The hook to "Sweet Love" begins with "Baby, let's get naked." That song is followed by "Strip," as in "Girl, I just wanna see you strip." Those three lines are among Fortune's cleanest. Even the atmospheric, impeccably-produced ballad "2012" -- involving some kind of Mayan apocalypse scenario where Brown and his lover are called upon to reverse the planet's fate -- gets graphic. Each line, from "Can you feel my submarine?" to "Girl, I like the way it opens up when you throw it back," has something shameless about it, while "I got that pillow for your knees right here" is the closest Brown gets to selflessness. All the way at the other end of the spectrum, "Girl, you better not change your mind" -- a prelude to the one-night stand in "Biggest Fan" -- is this album's "Don't you be on that bullshit," though it is beyond insolent. None of the dance tracks, including the graceless "Turn Up the Music" (featuring some strange likeness to Baltimora's "Tarzan Boy") and the shrill "Don't Wake Me Up," rivals Brown's past highlights. From a creative standpoint, this is more a leap than a step backward. Some of the productions, courtesy of the Runners, Adonis, and Kevin McCall, save it from being a disaster. 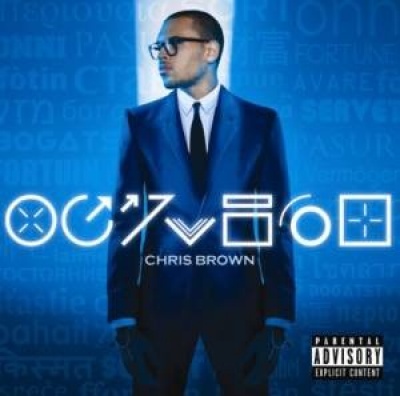